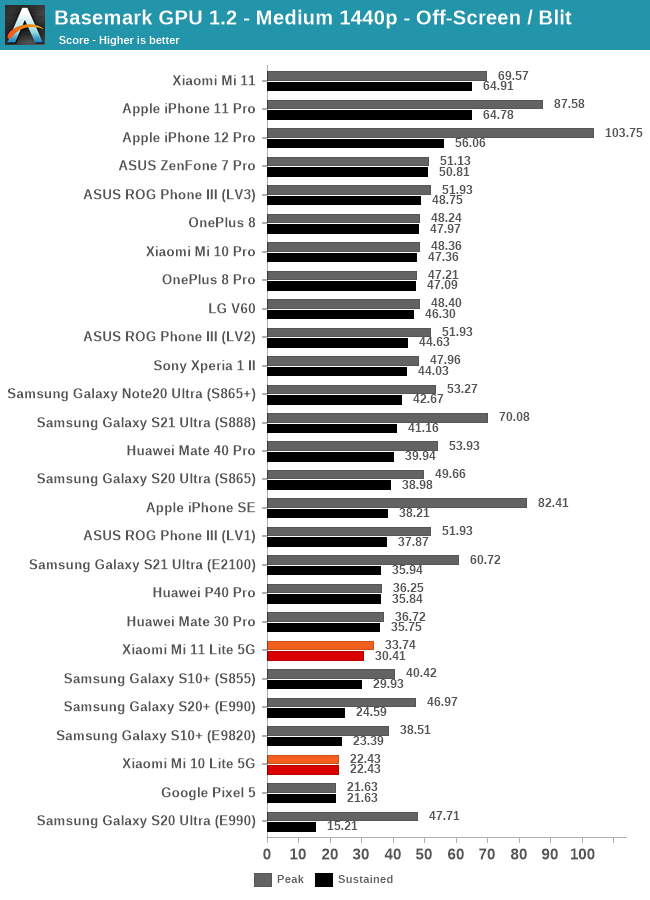 Starting off with Basemark GPU, we’re off to a good start with peak performance increases of +50% versus the Xiaomi Mi 10 Lite 5G with the Snapdragon 765G.

As a note, these results also include updated performance numbers of the Pixel 5 which features the same S765G chipset; Google’s latest April patch seems to have finally (after 6 months….) resolved the crippling GPU performance behaviour which the device suffered from since launch. 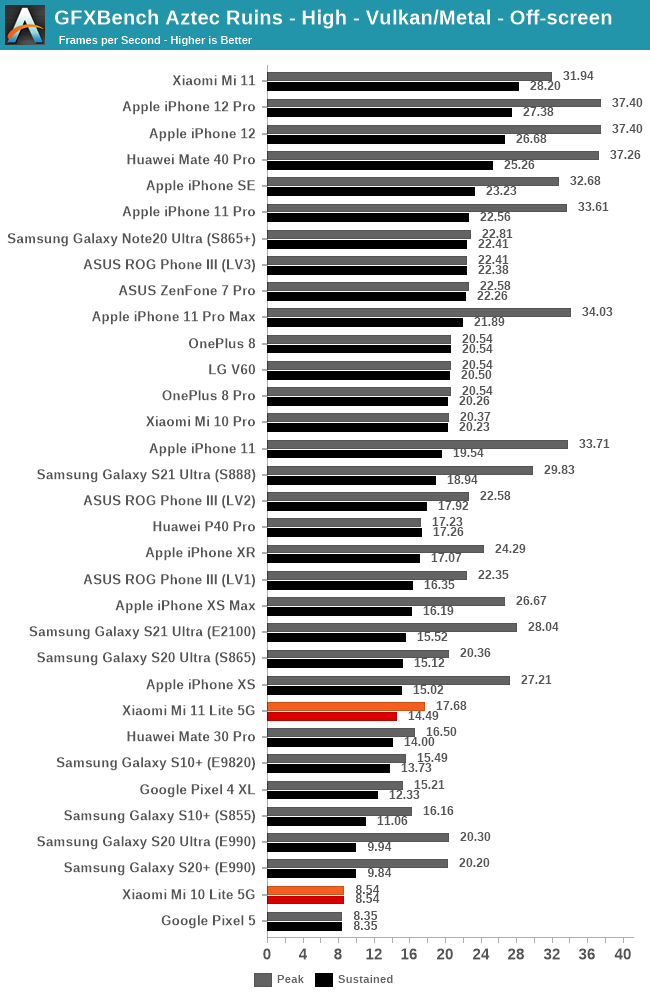 In GFXBench Aztec high, the performance increases are much higher, with the Mi 11 Lite 5G showcasing a +107% performance boost versus its predecessor, which is quite astounding.

Looking at power and power efficiency between the two generations, we’re seeing that the new chip roughly uses +80% power versus the S765G, and because the performance increase is larger than the power increase, there’s a perf/W increase in efficiency as well. 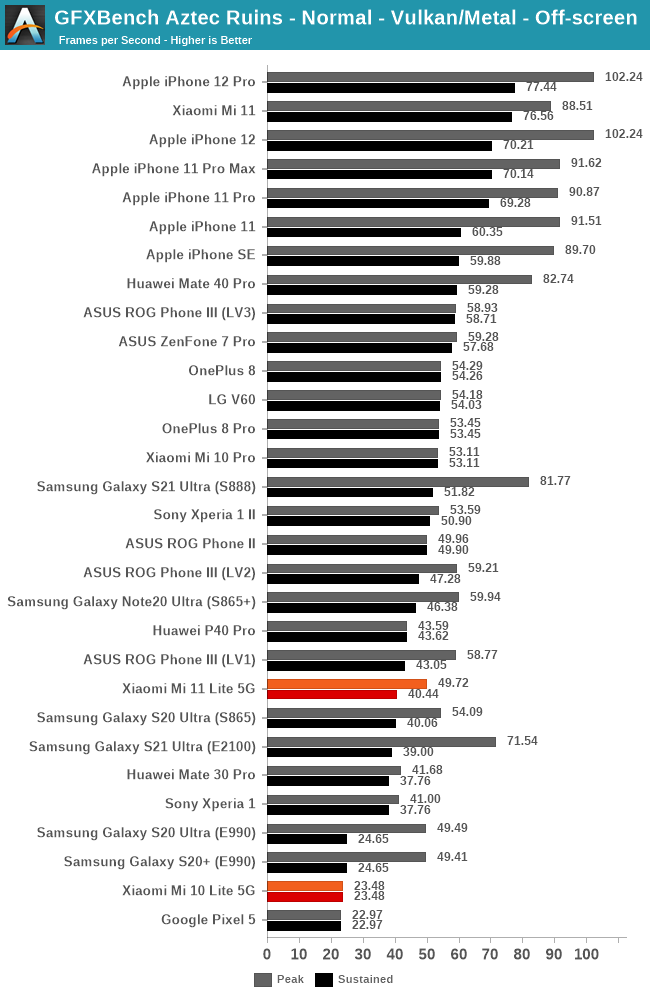 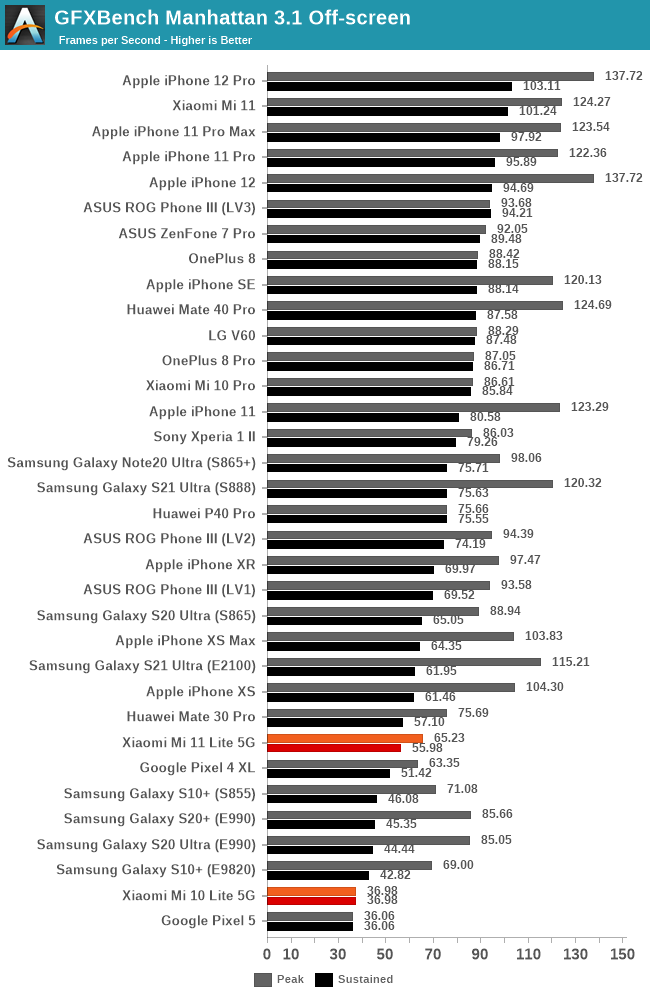 The Manhattan 3.1 figures are both equivalent in the performance and power increases at around +77% - with efficiency roughly staying flat because of that. It’s to be noted that this is still extremely impressive as usually performance increases of such a degree come with efficiency hits – however the new GPU and process node are doing their job to keep the efficiency high. 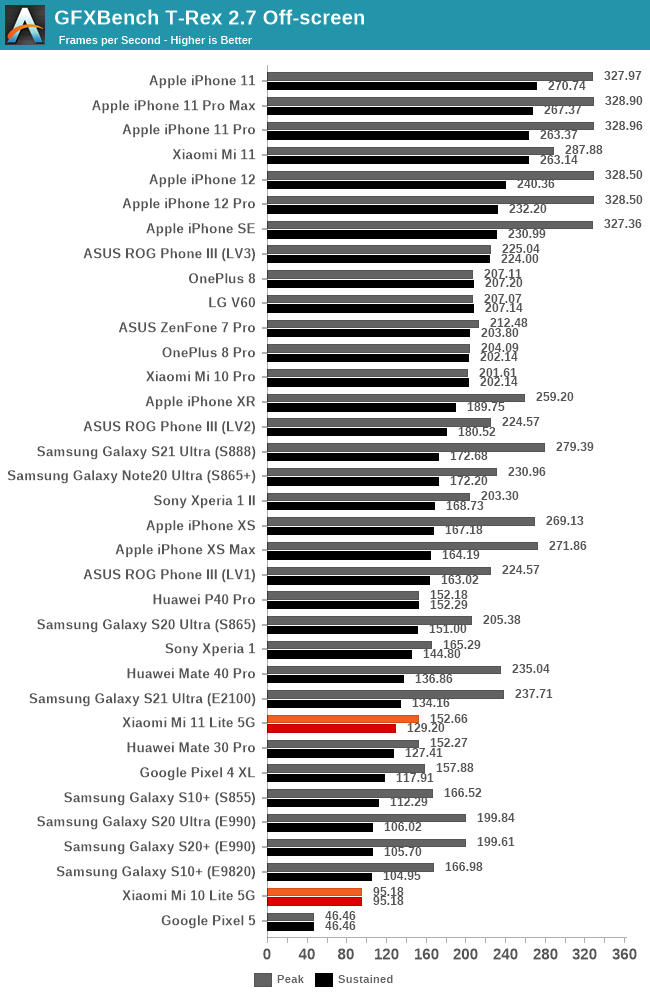 Finally, in T-Rex, the performance has also gone up by +60%. This is a workload that we expect to be more fill-rate bound by now, but the fact that the new SoC is able to manage such a larger boost even though it retains the exact same LPDDR4X-2133 2x16b memory interface is again quite impressive – it’s actually faster and more efficient than the flagship Exynos 2100 when it has to throttle down after prolonged periods.

In general, the GPU of the Snapdragon 780 is extremely impressive due to the fact how large a boost it makes in comparison to the Snapdragon 765G last year. I admit, we were never really too convinced about the S765G performance as it really only matched quite old flagship SoCs such as the Snapdragon 835.

Qualcomm was able to achieve this through a big increase in the power usage of the GPU. The Snapdragon 765 was extremely conservative with tiny power envelopes of around 2-2.6W. The Snapdragon 780G now is falling around 3.5-3.8W. This is still perfectly reasonable and well within the power envelope capacity of most devices without throttling. On the Mi 11 Lite 5G I saw some minor throttling, but I’m not sure the device is all that thermally optimised given its thinner form-factor.