One of the key differentiators with AMD’s newer Renoir mobile processor line is the better battery life. The battery life of devices using AMD’s Picasso mobile processors, as used here in the Honor Magicbook, has depended a lot on the implementation as well as the components of the system being used. The OEM has to be able to set up the system to get to idle quickly, and remain there. Nonetheless, the idle power consumption also needs to be low, not only for the CPU, but for the system, which means using efficient LCD panels where possible, and efficient controllers.

Honor claims that the Magicbook 14, with its 56 Wh battery, should be good for 9-10 hours of web/movie/office work, although this value is when the display is at 150 nits using MobileMark2014. For our test, as with our other laptops, we put the display at a more user-friendly 200 nits and run our web-app based light workload. 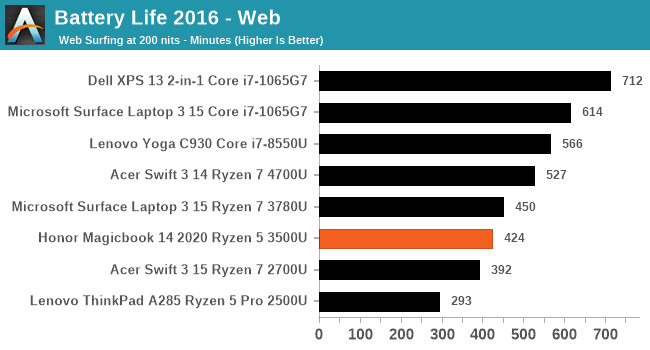 The Honor Magicbook 14 lasts 7 hours and 4 minutes in our test, or 424 minutes. This puts it ahead of the first gen Ryzen 2000 APUs, but behind the newer Ryzen 4000 APUs. The battery life of the Ryzen 7 in the Microsoft Surface Laptop with the same generation processor is quite near, however as we can see they are all a bit below what the intel systems can provide. 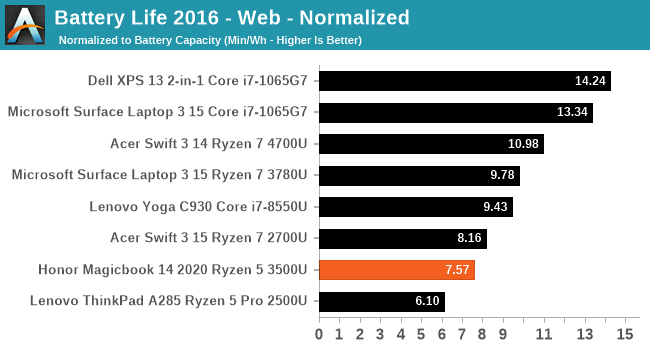 If we normalize for the battery capacity, then we are a bit further behind the AMD-based Surface Laptop than intended, and even behind the Acer Swift 3 with the Ryzen 7 2000 series.

Inside the Honor Magicbook is a 1920x1080 non-touch LCD display, with ~5mm bezels. The webcam for the laptop is not in the display frame, but in a pop-up key between the F6 and F7 keys. Personally I’m not a fan of this webcam, because it means all you get is nose shots when using it on calls. However based on customer feedback, Honor (and Huawei, who use the same idea) says that their customers prefer having one there rather than not having one at all, like on the ASUS Zephyrus G14. 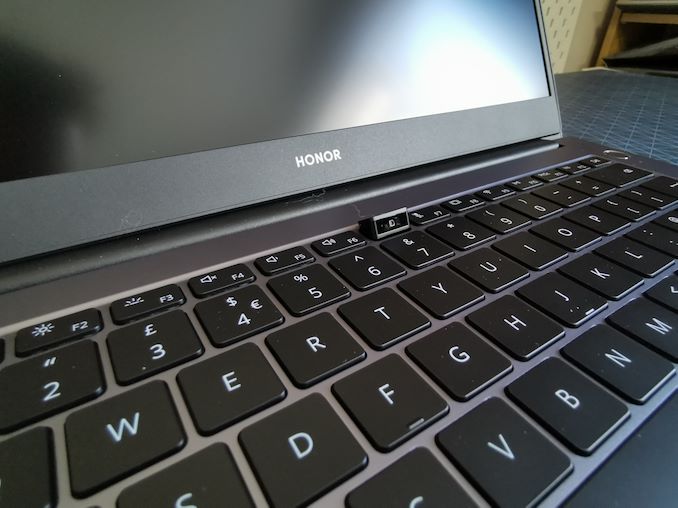 For the display, we measured a peak brightness of 240 nits, which is actually really low. Honor does not list an official brightness for the screen, but we suspect around ~250 nits, and this is perhaps one of the areas that helps bring the cost of the system down to $560. For color accuracy, with the system as shipped, it was not good at all: 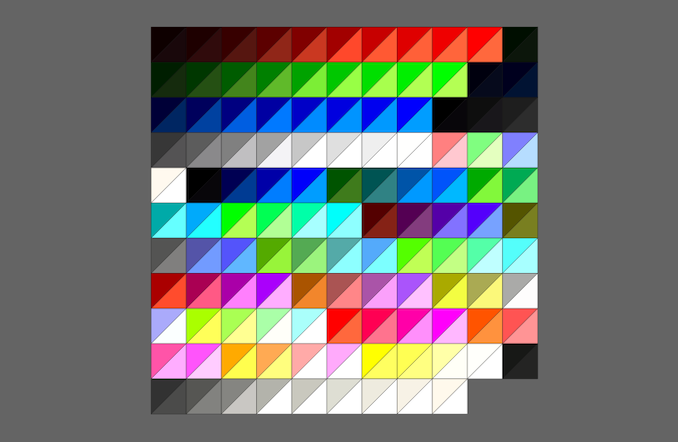 After we applied a color calibration tool, the end result was almost ideal: 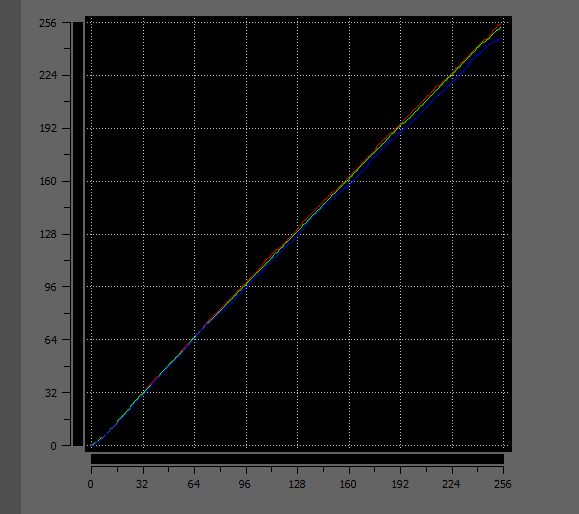 One of the highlights on this system is that Honor only have SSD options – not only that, they are Samsung NVMe PCIe 3.0 x4 SSDs. Someone at Honor is smart, and this helps the system in a lot of user responsiveness type scenarios. I had no issues. 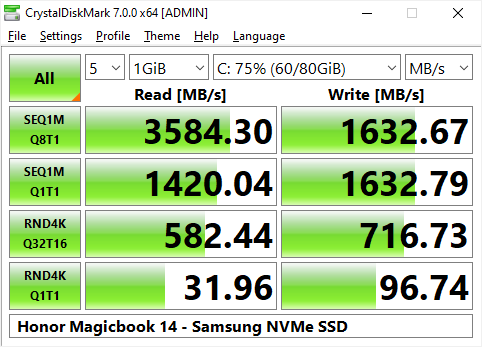 The drive is the Samsung MZVLB256HAHQ, which translates as the PM981 with the Phoenix controller and Samsung TLC NAND. The drive is rated at 2.8 GB/s read and 1.1 GB/s write, but we achieved 3.6 GB/s read and 1.6 GB/s write, a substantial gain. This drive over at Amazon is $64, representing more than 10% of the cost of this system.