The Shuttle XPC slim DH370 was evaluated using our Fall 2018 test suite for small-form factor PCs. In the first section, we will be looking at SYSmark 2018.

BAPCo's SYSmark 2018 is an application-based benchmark that uses real-world applications to replay usage patterns of business users in the areas of productivity, creativity, and responsiveness. The 'Productivity Scenario' covers office-centric activities including word processing, spreadsheet usage, financial analysis, software development, application installation, file compression, and e-mail management. The 'Creativity Scenario' represents media-centric activities such as digital photo processing, AI and ML for face recognition in photos and videos for the purpose of content creation, etc. The 'Responsiveness Scenario' evaluates the ability of the system to react in a quick manner to user inputs in areas such as application and file launches, web browsing, and multi-tasking. 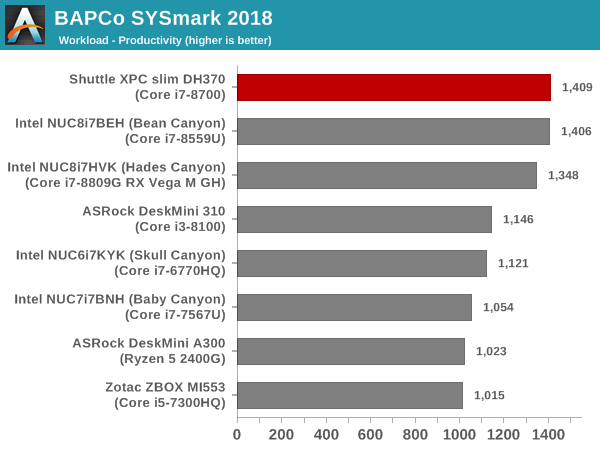 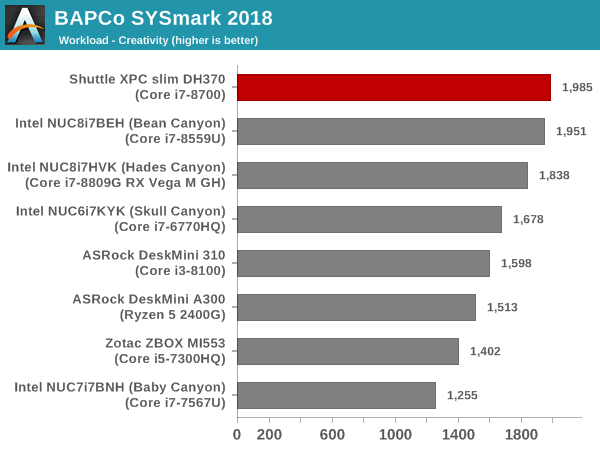 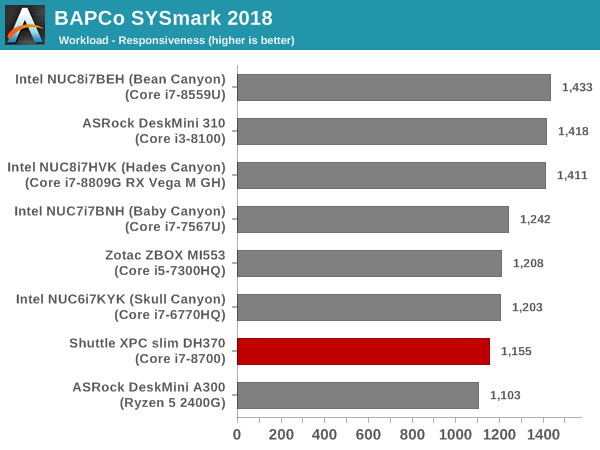 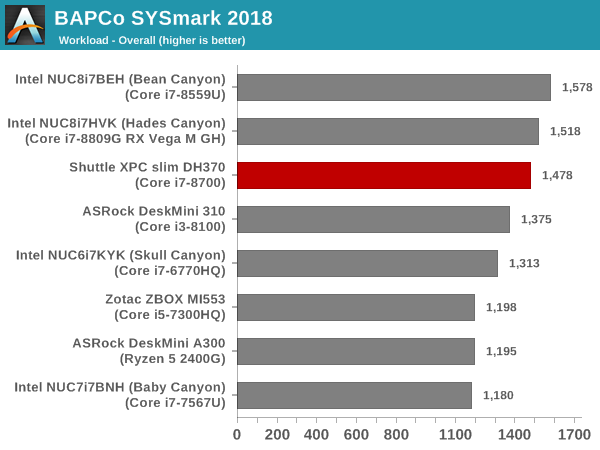 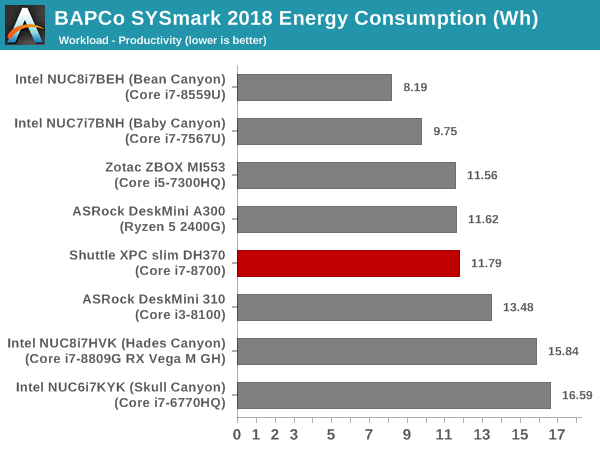 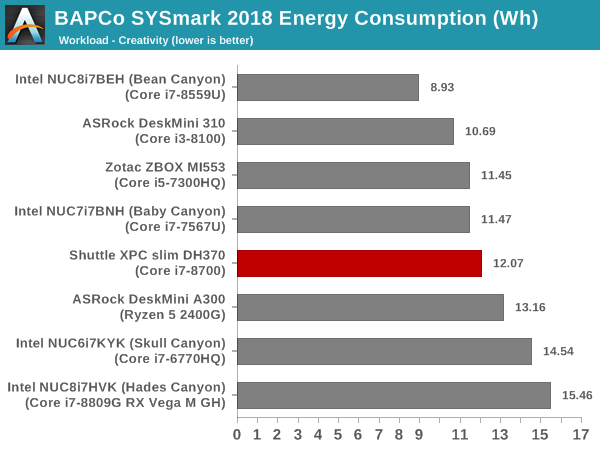 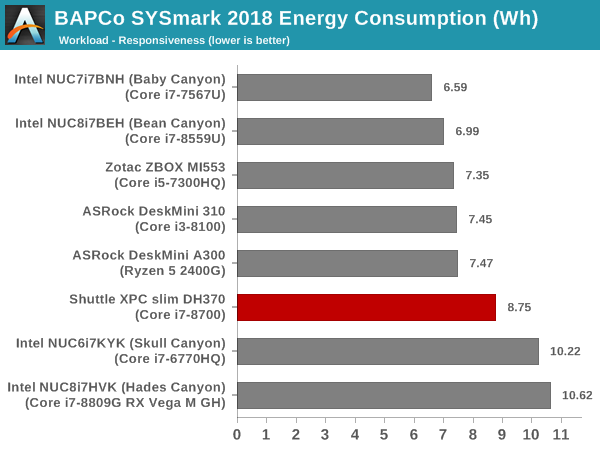 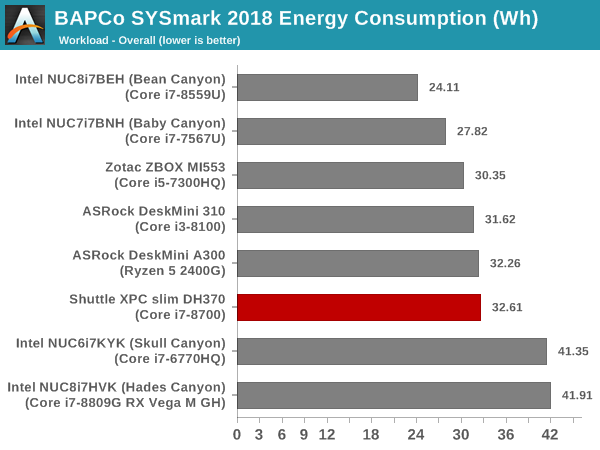 The Core i7-8700 is a powerful hexa-core CPU, and it expectedly leads in a number of scenarios. The system lags in the responsiveness case, likely due to the usage of a PCIe 3.0 x2 SSD (the systems above it in that workload were all benchmarked with a PCIe 3.0 x4 NVMe SSD or an Optane storage drive). Overall, the reviewed Bean Canyon and Hades Canyon NUC configurations provide better performance numbers (albeit, at a much higher cost). On the energy consumption side, the system is somewhat on the back foot, thanks to the usage of a 65W TDP CPU as well as a powerful PCH (compared to the other reviewed systems). The usage of a PCIe 3.0 x2 SSD somewhat offsets this. However, the XPC slim DH370 configuration ends up being better than only the Skull Canyon and Hades Canyon NUCs in that metric.