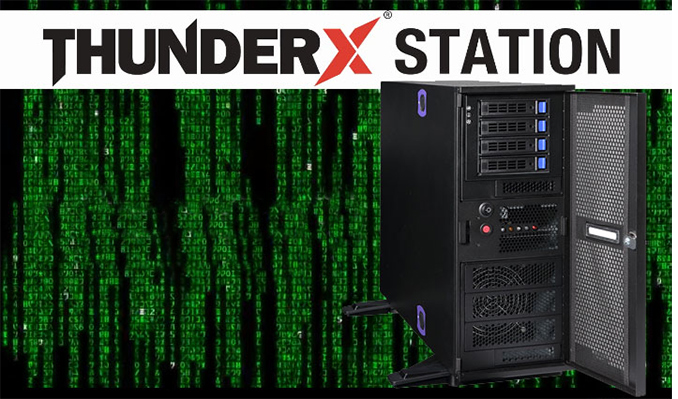 GIGABYTE this month introduced its ThunderXStation workstation based on two Cavium ThunderX2 processors featuring Armv8 architecture. The machine is primarily aimed at software developers porting or developing various applications to Armv8 platforms. The ThunderXStation is already available in the US. 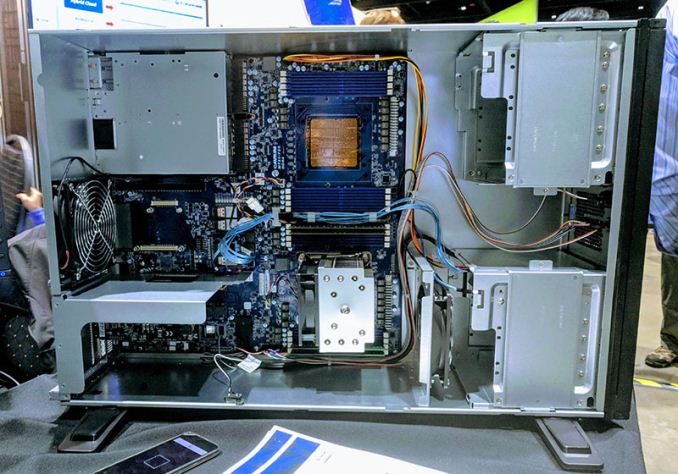 Image from ServeTheHome from OCP Summit 2018

From hardware standpoint, the ThunderXStation looks rather versatile: it supports various expansion slots, enabling developers to use various add-on cards, accelerators, and storage devices required by their applications. The system also has an Aspeed AST2500 server management chip to bring it even closer to target machines that will run the ThunderX2.

The ThunderXStation ships with Ubuntu 17.10 OS, but can come with CentOS 7.4 or OpenSUSE, if required. It also comes with preinstalled software development tools, including gcc 7.2, LLVM, gdb, Golang, OpenJDK 9.0, HHVM, Python, PHP, Ruby etc. The OS supports KVM and Docket to enable developers to test their apps in hypervisor-based or containerized environments. The machine ships with open sources graphics drivers, primarily because it comes with a GeForce GT 710 graphics card (so, open source drivers should be reasonably good for such an old architecture).

One of the reasons why contemporary Armv8 SoCs are rarely used in datacenters is lack of software support. Developers need to recompile their programs for Arm, but since very few have access to hardware and appropriate tools, the software porting process is proceeding very slowly. GIGABYTE’s ThunderXStation will enable more parties to work on server programs for Arm platforms. This is similar to how Intel approached the Xeon Phi ecosystem, by launching a tower equivalent with a Knights Landing machine with the Xeon Phi chip as the host for development work. 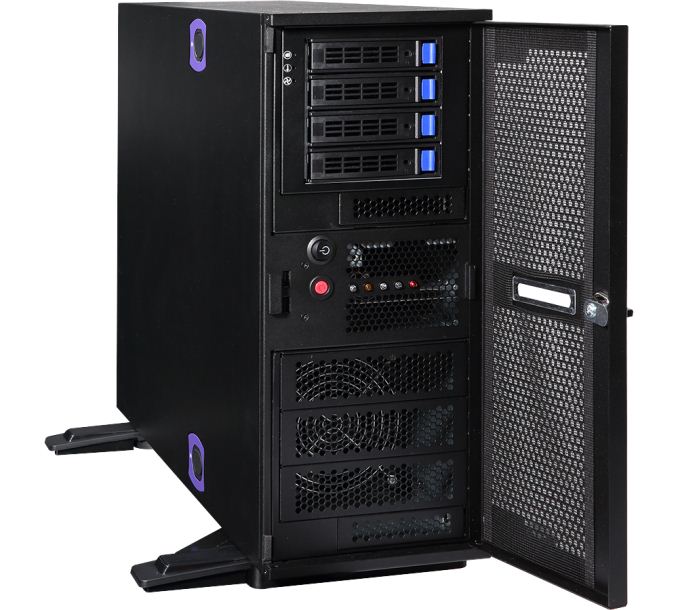 The Armv8-based workstation for software developers is now available from PhoenicsElectronics in the U.S. GIGABYTE does not publish pricing of the ThunderXStation, but we have reached out to PhoenicsElectronics and will update the story once we get more information on the matter.