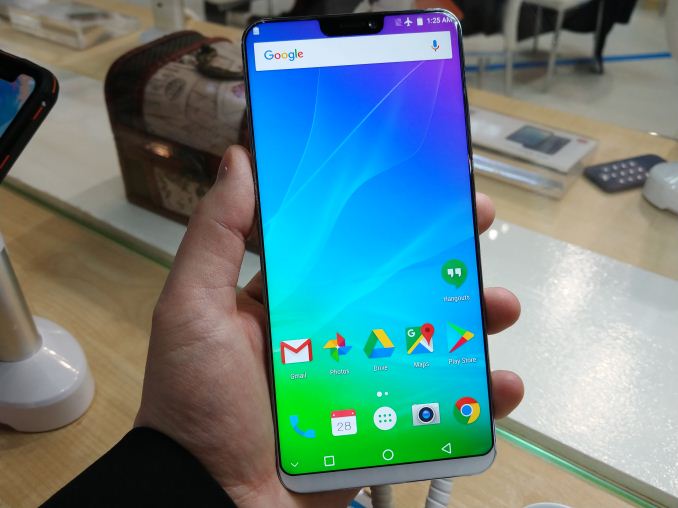 Every trade show has a few gems. This year at MWC, one of the most impressive was from Ulefone, with its new T2 Pro smartphone. The device, due to be released in July, was an unexpected delight of the show.

What makes the phone interesting, compared to other devices on the show floor, is the design. Ulefone list it as a 6.7-inch device, with a 2160x1080 (19:9) display, but by using a combination of an edge-to-edge display, a notch for the front facing camera, and a fingerprint sensor under the screen, the device is a similar size to other Pro flagships. Ultimately what we are looking at is the future, moving to near 100% displays on the front facing real estate. We are clearly going above 90% with a device like this. 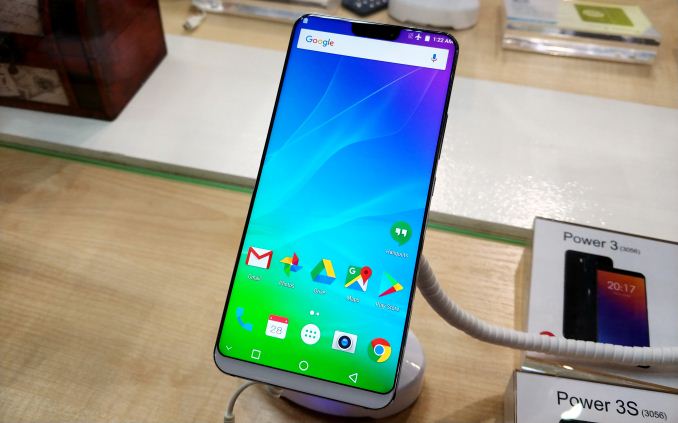 I'm going to be bold and say this is what almost all smartphone vendors will do, and soon. The notch extends the screen right to the top of the device, and keeps the camera in the same place (unlike the Mi MIX). Having the fingerprint sensor in the display (or the rear) removes almost all the bottom bezel. Until the camera can also be put into the display, this is how phones are going to go. The Ulefone T2 Pro is the second device we now know of with an in-screen fingerprint sensor, alongside a device made by Vivo, and we confirmed that the Synaptics sensor is being used. 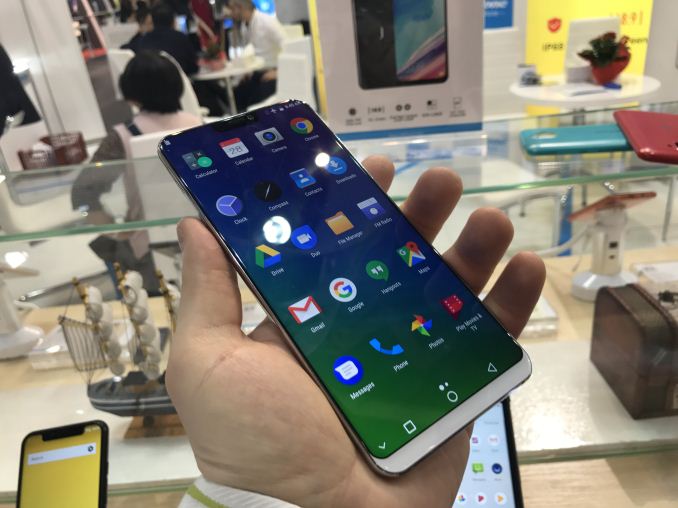 The device has a specific 'first', in that it was showcased as the first implementation of MediaTek's P70 processor. Mediatek has only just announced the P60 at Mobile World Congress, so this device is essentially preannouncing the SoC. We were not able to get specific details about it, but expect it to be a 4x4 Arm Cortex A73/A53 implementation, with Mali G72 in some form, perhaps on TSMC's 12FFC process. We are awaiting information from Ulefone. We tried to benchmark it, but the software was very early. 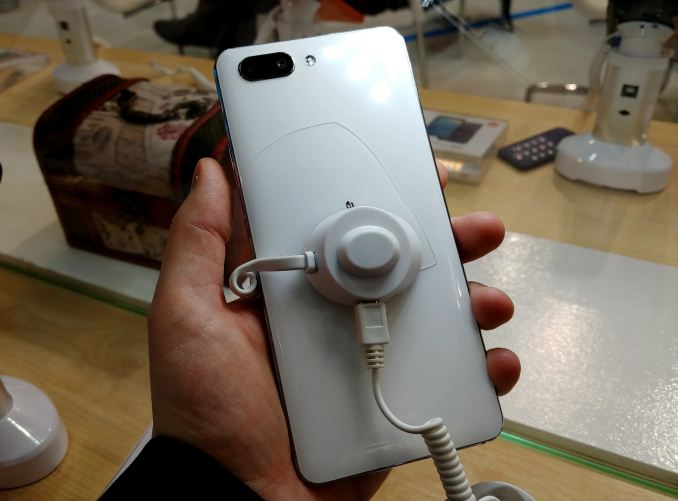 Despite being such a big screen, as someone who uses ~6-inch display devices day to day, it really did not feel that different. The demo units had plastic curved rears, but we were told that the final units will be curved glass. The software on the units was super buggy and barely booted, crashing in chrome, showing just how early in the cycle these devices are. We were told that there will be some software adjustments to take account of the notch, as the OS was clearly just ignoring it at this point. The rounded corners also cause some overlap for the display, which will have to be optimized for.

So despite the device rear being broken (apparently some journalists earlier in the week dropped it on purpose?) the device felt premium. Along with the display, it we were told it will ship with 8 GB of memory, 128 GB storage, and a 5000 mAh battery. This last one I am a bit skeptical of, as the phone was very light - lighter than expected for 5000 mAh. It could be that the demo unit had a smaller battery in, but if that was representative of a final device, then it comes across as a very nice design. 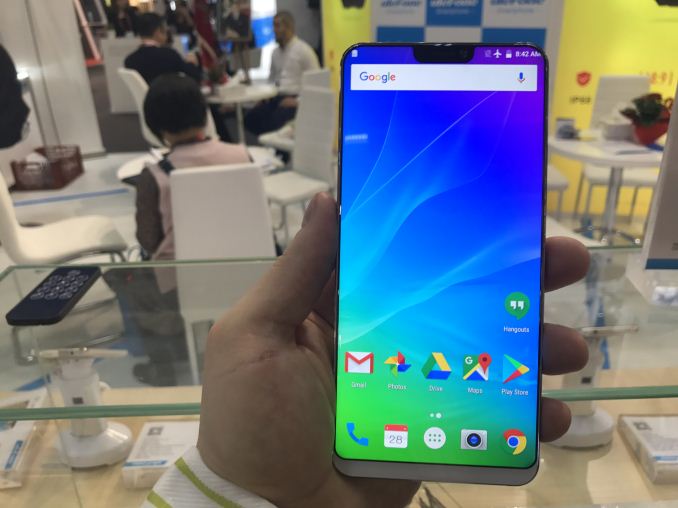 This is the point that I tell you that it might be impossible to get one. Ulefone mainly operates in China as one of the secondary smartphone brands, but we were told that they are branching out to Europe at least, through retailers. We were told that the estimated price for the unit is expected to be $380, though that might be confused with the wholesale price and doesn't include tax. Assuming the P70 is a nice and highly optimized SoC, then the T2 Pro could easily be a really nice smartphone to use. 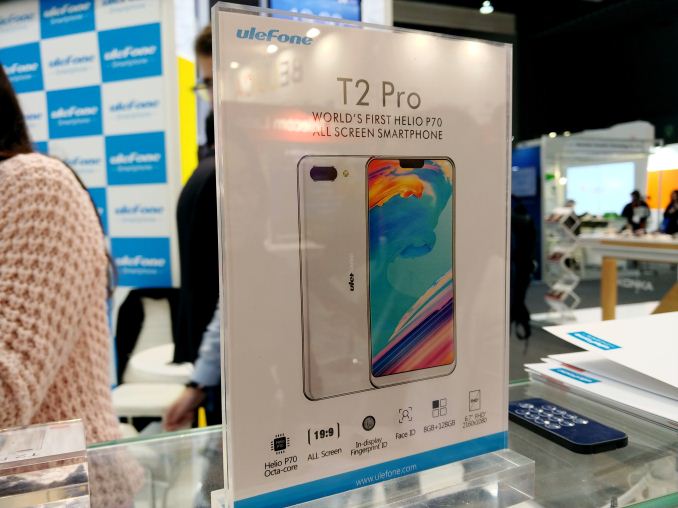 We don't give awards at these shows, but this would be something close to an unexpected surprise. I hope that Ulefone can deliver. 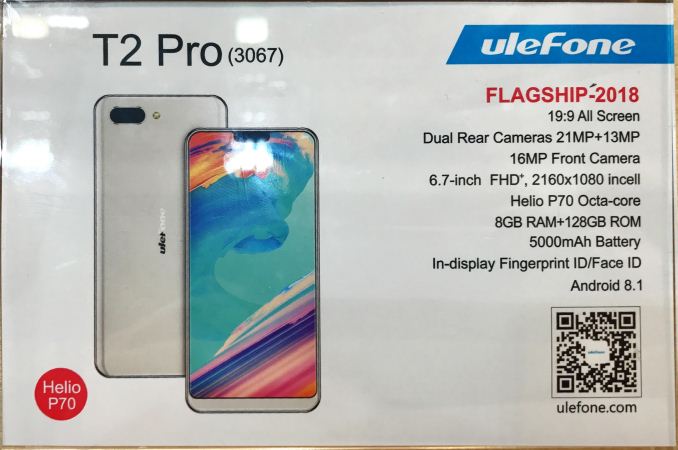