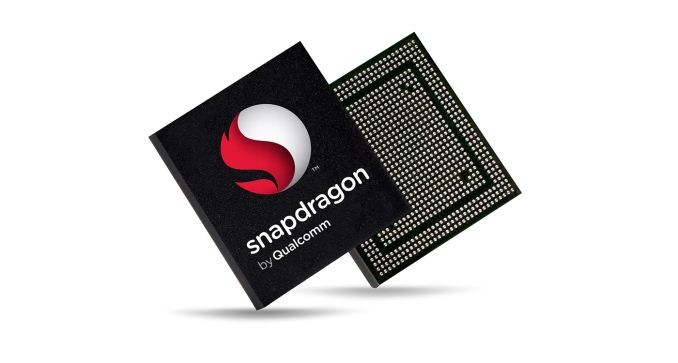 Today at Qualcomm’s 2016 4G/5G Summit in Hong Kong, the company announced several new additions to its low- and mid-tier Snapdragon SoC lineup, including the Snapdragon 427, 626, and 653. Each new Snapdragon SoC builds on its predecessor, adding a few key features.

The Snapdragon 653 still uses LPDDR3-1866 memory with 14.9GB/s of bandwidth like the 652, but doubles the amount of addressable RAM from 4GB to 8GB. This is a prudent extension given the current trend towards 4GB and 6GB configurations for Android phones in the mid-range segment and flagship phones pushing towards 8GB.

The Snapdragon 625 gets a new “Pro” version too in form of the Snapdragon 626. Both of the Cortex-A53 CPU clusters get a boost from 2.0GHz to 2.2GHz, but Qualcomm did not disclose the frequency of the Adreno 506 GPU.

The Snapdragon 625’s X9 LTE modem carries over to the 626, but the new SoC updates Bluetooth support from 4.1 to 4.2. The Snapdragon 626 also supports Qualcomm’s TruSignal antenna boost technology, which optimizes reception in weak signal strength conditions and from the attenuation that occurs when holding a phone. Working together with the antenna matching tuner (a separate IC that’s part of Qualcomm’s RF360 suite) and transceiver, the X9 LTE modem in the Snapdragon 626 performs the processing that enables the dynamic tuning.

Like the other two new SoCs, the Snapdragon 427 is an update to an existing SoC. It has all the same features as the Snapdragon 425, including a quad-core A53 CPU running at up to 1.4GHz, an Adreno 308 GPU, a dual ISP supporting up to a 16MP camera, and single-channel LPDDR3-1334 memory all on a 28nm LP process. The sole change is an upgrade from the X6 LTE modem (Category 4) to the X9 LTE modem (Category 7/13), boosting peak downlink/uplink performance from 150Mbps/75Mbps to 300Mbps/150Mbps. This gives the new Snapdragon 427 the highest performing modem of the 400 series—and the only SoC in this tier to support Qualcomm’s TruSignal technology—but the 430 and 435 contain a faster GPU and ISP. Because the Snapdragon 427 maintains full pin and software compatibility with the 425, 430, and 435, it offers OEMs an easy path to adding the X9 LTE modem to their products.