The Pixel XL, designed by Google and quietly manufactured by HTC, uses an aluminum unibody construction with a thin metallic mid-frame, giving it decent stiffness in torsion and bending. Radiused corners and curved edges around the back make the XL comfortable to hold; however, it feels rather top heavy, which makes it want to tip out of your hand when holding it in portrait mode.

Google stated that a flush-mounted rear camera was one of its design goals; it did not want a camera hump jutting out from the back. It accomplished this by placing the rear camera in the upper bezel above the display assembly and then tapering the phone’s thickness from 8.5mm at the top down to 7.3mm at the bottom. This tapered profile contributes to the phone’s imbalance, however. Its battery also sits relatively high, leaving very little in the lower part of the phone to act as a counterweight. 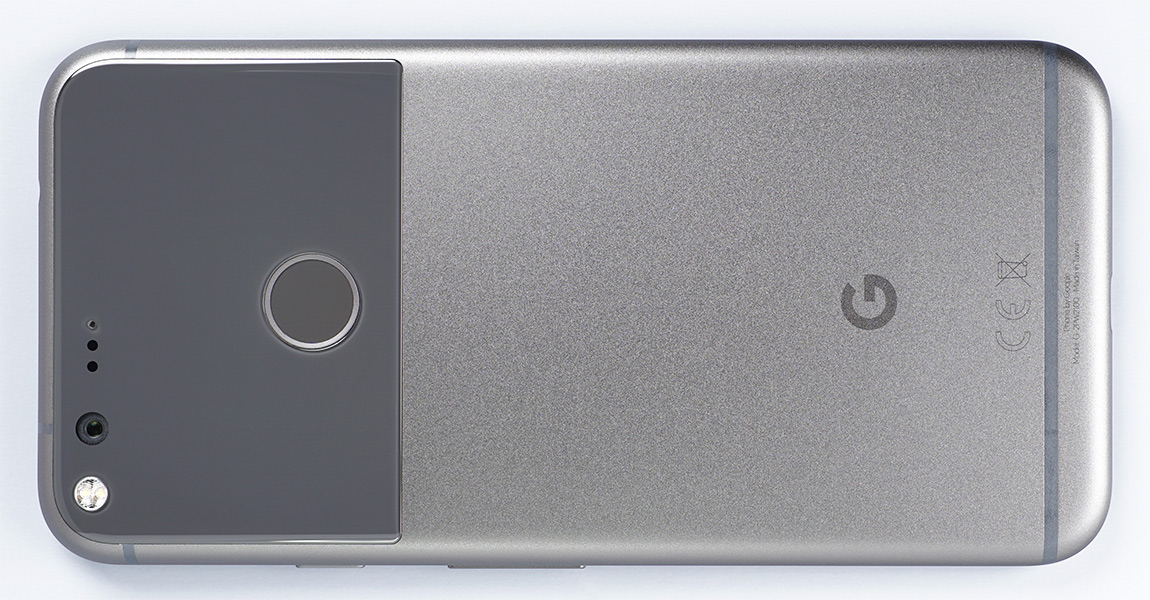 The Pixel XL has a very distinct look from the back, much like its predecessor, the Nexus 6P. There’s a large window cut into the upper portion of the aluminum chassis that’s covered with glass backed by a plastic insert. The partial glass back provides more grip for your fingers than the sandblasted aluminum, but it also attracts more fingerprints. There’s also the possibility that it could crack if dropped. I suspect the decision to add the glass panel was about more than just cosmetics, though. Replacing a chunk of metal with lighter plastic and glass keeps the phone’s top-heavy character in check.

Set into the glass is an extra-large, circular fingerprint sensor. The capacitive, touch-based Pixel Imprint sensor instantly wakes and unlocks the phone, independent of finger orientation. The sensor is subject to the same environmental limitations as all capacitive sensors, but is otherwise very accurate. Given how large the recessed sensor is—it’s the largest I’ve ever seen on a phone—you would think it would be easy to locate; however, my index finger does not naturally fall onto the sensor when I pick up the Pixel XL like it does with the Nexus 6P and most other phones, forcing me to slide my finger around a bit to locate it. My hit rate improved with practice, so this was only a distraction during the first few days.

One thing I do not like about the Pixel and some other phones with rear-mounted fingerprint sensors is there’s no easy way to wake the phone to check notifications when it’s sitting on a table. Having to pick it up or press the power button on the side is less convenient than double tapping the screen or waving a hand over the phone.

The Pixel’s rear camera sits flush with the rear glass in the upper-left corner. There’s a circular dual-LED flash with a slightly raised chrome ring to its left, and a rangefinder for the camera’s laser autofocus and microphone to its right. Despite the glass window, there’s still plastic antenna lines that wrap around the sides and top, along with a traditional antenna strip at the bottom. 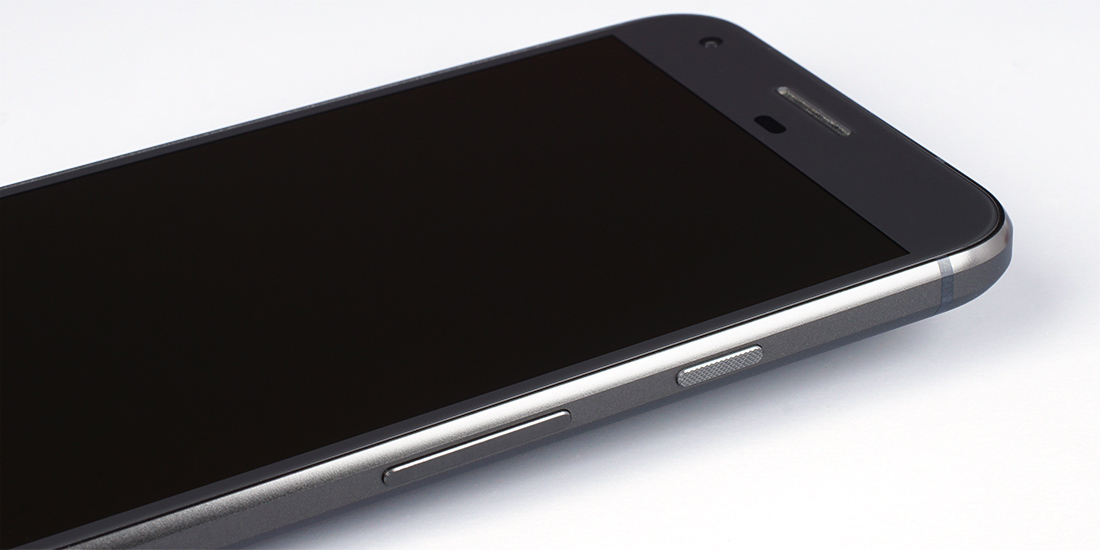 The sides of the Pixel are flat with a chamfer around the front glass. The SIM tray is the only feature on the left edge, while the right edge holds a single-piece volume rocker and power button. Both buttons give a nice, solid click when pressed and the power button is textured to give it a different feel.

One of the things I found annoying about the Nexus 6P was how I could not pick up or handle it without accidentally pressing the mushy volume and power buttons, a result of placing the buttons so close together at the midpoint along the edge. Fortunately, this is not an issue with the Pixel XL because the buttons are further apart and positioned closer to the top of the phone. 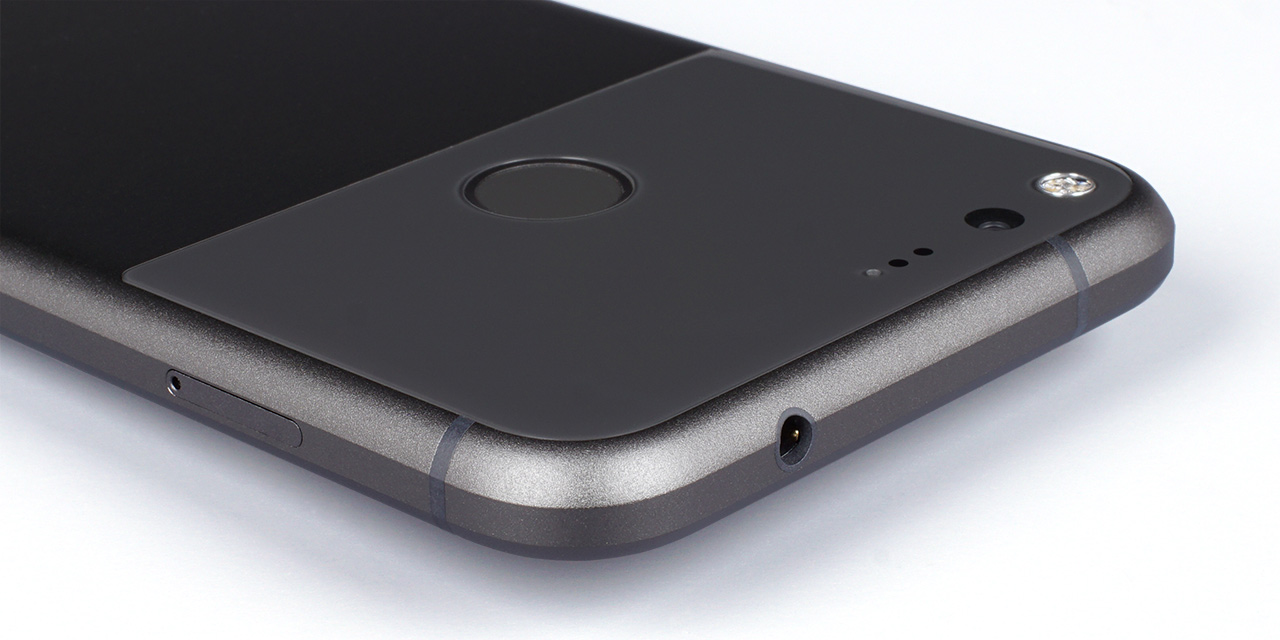 The Pixel still has a 3.5mm headphone jack on the top edge. Centered on the bottom is a USB Type-C port, which supports USB 3.0 (Superspeed) data transfers, and is flanked by two symmetric slots. The single, downward-firing speaker sits within the left slot, while the right slot hides another microphone. 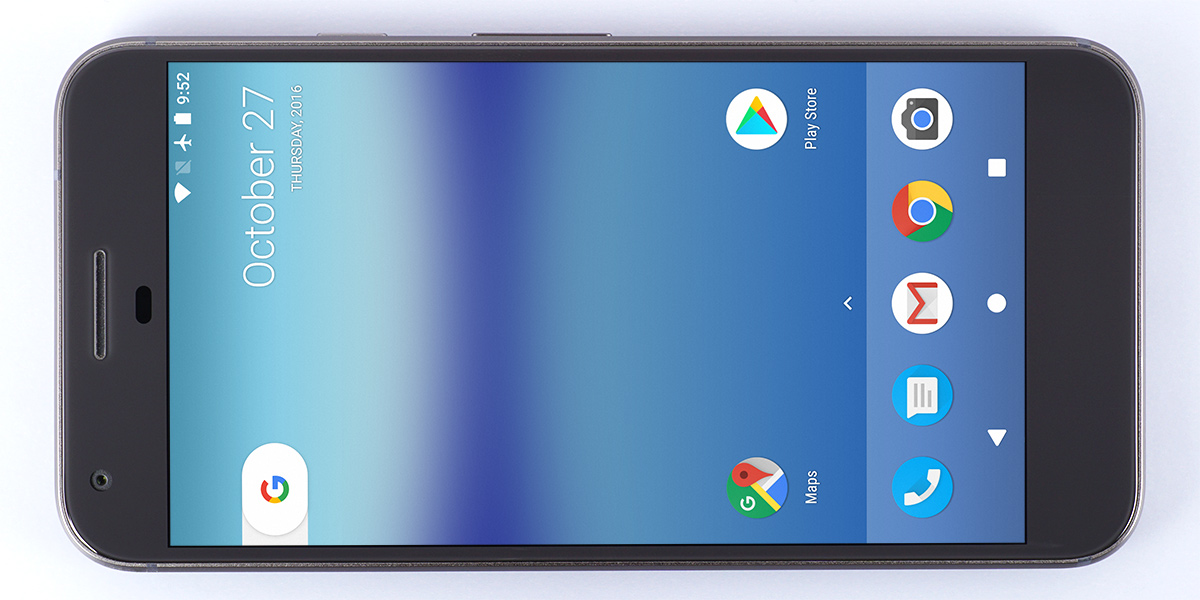 The front of the Pixel XL is covered edge-to-edge with Gorilla Glass 4. The glass basically sits flush with the sides but still avoids any sharp feeling edges. Unlike the back, the Pixel’s front is rather nondescript and boring. The only remarkable detail is the virtually non-existent black border around the display, which is especially nice for the colors that come with a white front.

A sufficiently large earpiece sits centered above the screen, which conceals a notification light behind its grille in the left corner. The Pixel’s ambient light and proximity sensor module is stacked below the earpiece, a poor design choice that makes the upper bezel needlessly large. Placing the headphone jack at the top means there’s no room for the sensor module between the front-facing camera and earpiece. The internal volume to the right is occupied by the rear-facing camera, flash, laser AF module, and microphone, so no room there either. By relocating the headphone jack to the bottom edge, where there’s plenty of room, Google could have placed the sensor module to the left of the earpiece and reduced the size of the upper bezel and the overall height of the phone.

The Nexus 6P, Moto Z Force, and iPhone 7 Plus all share something in common: They all have smaller lower bezels than the Pixel XL. Unlike the Pixel’s lower bezel, however, which is a featureless expanse, these three phones include a second forward-facing speaker, a square fingerprint sensor, and a large, circular fingerprint sensor, respectively, below their screens. The internal volume behind the lower bezel contains a lot of wasted space, so either Google missed an opportunity to include an additional feature, such as a front-facing speaker or capacitive navigation buttons, or it failed to optimize the Pixel’s internal layout. 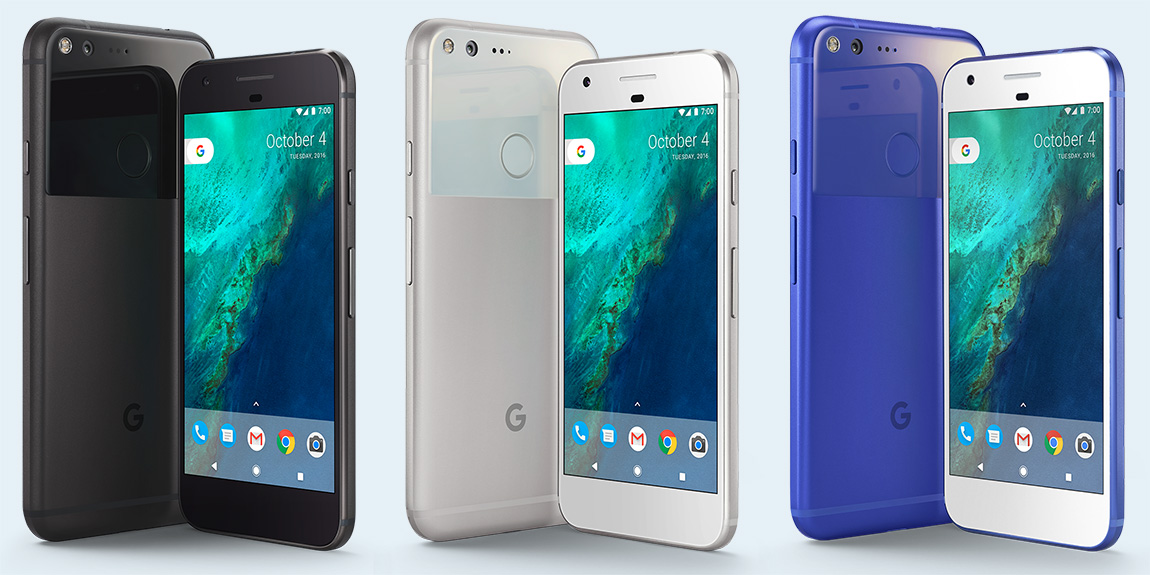 The Pixel and Pixel XL come in three different cheekily named colors: Quite Black, Very Silver, or Really Blue. Our Quite Black review unit is more of a “Pretty Dark Gray” with a matching dark gray front bezel, rear glass window, and fingerprint sensor. The Very Silver model comes with a white front and white accents on the back, while the Really Blue also has a white front but matching blue accents around back.

In the end, the Pixel XL is neither the best looking nor best designed flagship phone. It has a distinctive look from the back, and color-matching the fingerprint sensor and antenna lines is a nice touch. The front is pretty plain, however. I’m also not impressed by the internal layout that makes the upper and lower bezels needlessly large and contributes to the phone’s top-heavy, unbalanced feel.