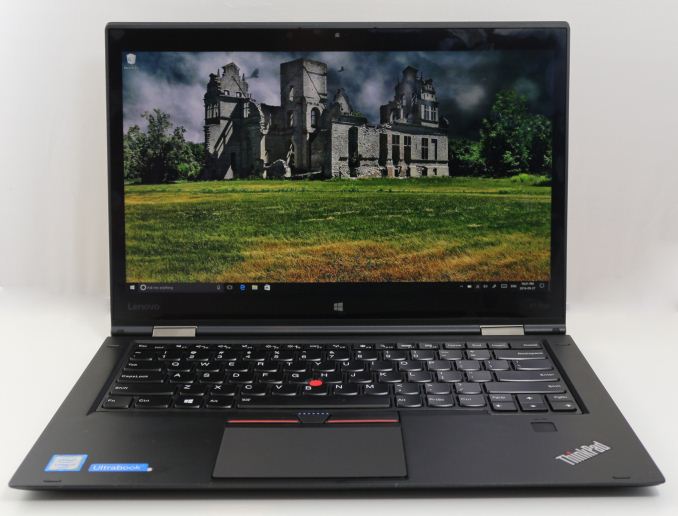 Earlier this year at CES, Lenovo took the wraps off their latest lineup of premium business class notebooks, and they revamped the X1 lineup completely. Originally the X1 was just the X1 Carbon notebook, but Lenovo has decided to expand the X1 series to include the aforementioned X1 Carbon, along with the X1 Yoga and X1 Tablet. So the ThinkPad Yoga is now the ThinkPad X1 Yoga, and as such it keeps the same thin and light design of the X1 Carbon.

Thin and light is the key here, and the X1 Yoga doesn’t disappoint. The X1 Yoga is only 16.8 mm (0.66”) thick, and weighs 1270 grams (2.8 lbs). While not the thinnest and lightest notebook around, don’t forget that the X1 Yoga also features a 360° hinge, allowing it to be used exclusively with touch with several modes, including tablet, stand, and tent, just like the other Yoga devices they sell. Lenovo also pointed out that the X1 Yoga is thinner and lighter than the original X1 Carbon even, despite including touch and the convertible hinges. 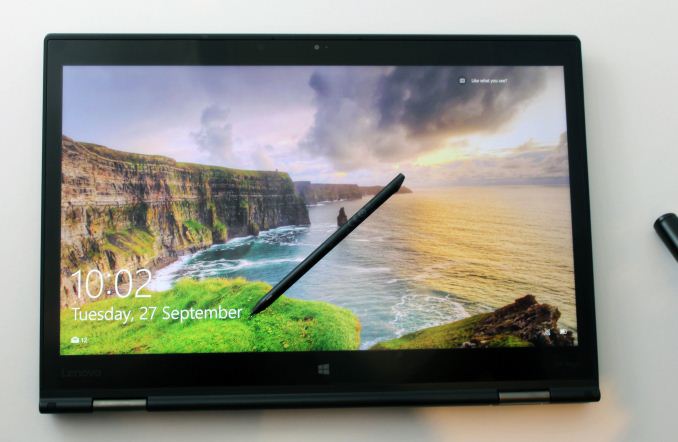 Lenovo also offers plenty of connectivity on the X1 Yoga, including three USB 3.0 ports, HDMI, DisplayPort, and a OneLink connector for its docking stations. There are no USB Type-C ports, but the X1 Yoga does have MicroSD support for additional storage, and LTE-A as an option for those that want to be as untethered as possible. Wireless is supplied via the Intel 8260 wireless card, and as a business focused device it can be had with vPro as well.

They also include a stylus built into the laptop which will charge while docked. It’s not as big or as comfortable as the one included with something like the Surface Book, but the fact that it is docked will more than make up for that for a lot of people, because that means it’s always available, and less likely to get misplaced.

Lenovo has gone with a 52 Wh battery for this laptop, meaning it is over the 50 Wh baseline for Ultrabooks. That’s pretty good considering the inclusion of a stylus, and the thin nature of this device.