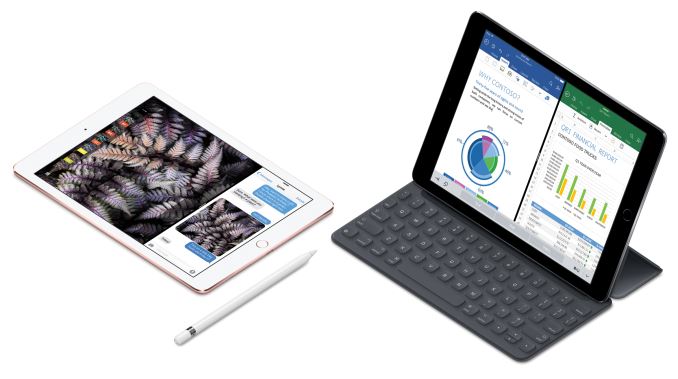 Today at their March launch event Apple unveiled the iPhone SE, confirmed the official public release of iOS 9.3, and announced their newest standard sized tablet. For a while it was expected that this new tablet would be the iPad Air 3, which would make it a natural successor to the iPad Air 2. However, Apple has taken a different path with this launch and has instead opted to position this new tablet between the iPad Air 2 and the 12.9" iPad Pro. The newest iPad is, somewhat confusingly, also called the iPad Pro, and I'll be referring it to the iPad Pro 9.7" in the same way that Apple differentiates their other products by the display size.

This new iPad Pro is a successor to the iPad Air 2 in some ways, but a new segment of the iPad line in others. For one, it doesn't replace the iPad Air 2 in Apple's product line - as is tradition, that has been demoted to second-tier and the $399 price point - and when it comes to pricing the new iPad Pro slots in above the old iPad price point. With a starting price of $599, the 9.7" iPad Pro is a de facto price hike, as Apple is looking to create an even higher-end segment for the 9.7" iPad that offers better features for a higher price.

From a technical perspective the 9.7" iPad Pro is really a shrunken down iPad Pro, and it even pulls ahead of the larger model in some respects. The chart below summarizes the specs of the iPad Air 2, iPad Pro 12.9" and the new iPad Pro 9.7".

Looking at the specs of the 9.7" iPad Pro makes it clear that it really is a smaller version of the 12.9" model, and a true upgrade over the iPad Air 2. Starting with the SoC, we see a move from the A8X SoC in the iPad Air 2 to the A9X SoC that debuted with the 12.9" iPad Pro. As of right now it's not clear what max CPU clock speed of the A9X in the iPad Pro 9.7" is, but Apple has historically shifted clock speeds down when moving chips into smaller devices, and it's likely that clocks have been moved down from the 2.26GHz speed of the 12.9" iPad Pro to maintain battery life and control the device's thermal profile. With the GPU we're looking at the same 12 cluster PowerVR Series7XT implementation, but it's again not clear whether Apple has targeted the same peak clock speeds.

Currently the amount of RAM in the iPad Pro 9.7" is unknown. The rumor mill has been claiming that it's the same 4GB of LPDDR4 RAM that you get in the larger model, but this can't be confirmed until the device is in the hands of users and developers. I've already covered in the past how split screen multitasking on the iPad Air 2 could potentially bring you up against the limit imposed by having 2GB of RAM, and with the iPad Pro being a device that markets itself as being capable of actual productivity tasks it would make sense that Apple brought the 4GB of RAM to the smaller model. On the other hand, the 9.7" iPads don't have the strain of running two essentially full sized applications side by side, so I wouldn't want to make any predictions on what Apple has done here. 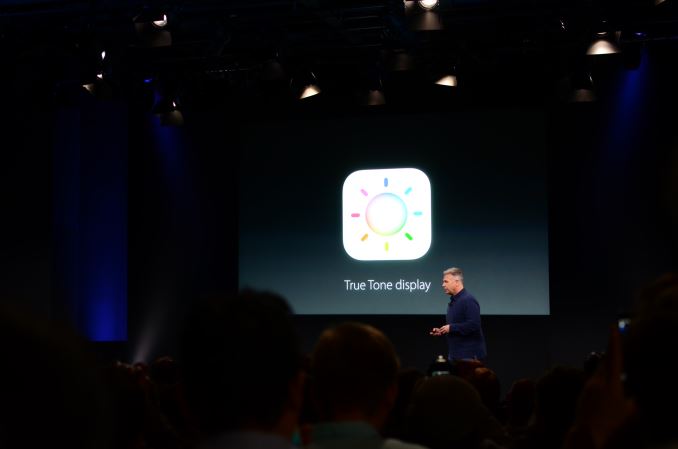 The display of the iPad Pro 9.7" has the same 2048x1536 resolution of the iPad Air 2. Due to the way iOS handles rendering I really don't expect we'll see any improvements in resolution on the iPad until it's viable to use 3072x2304 panels which would have a pixel density of 396ppi. Even though the resolution remains the same, the display itself is a newer generation panel that inherits the improved contrast and anti-reflective coating from the larger iPad Pro. The improved contrast is the result of Apple using photo alignment to create a more consistent orientation among the liquid crystals. The display's digitizer maintains the 120Hz scan rate from the iPad Air 2, and gains the improved 240Hz scan rate from the 12.9" iPad Pro when using Apple Pencil.

In addition to inheriting the advancements made with the 12.9" model's display, the 9.7" iPad Pro comes with some tricks of its own. The first is an improved color gamut. Like the new iMac 4K and 5K, the iPad Pro 9.7" adopts the DCI-P3 color gamut. I'm hoping that Apple has been secretly building color management into iOS in preparation for this, as there are going to be problems with oversaturation if they haven't. The 9.7" iPad Pro also improves luminance dramatically, with a peak brightness of 500 nits. Finally, there's a new feature which Apple is calling the True Tone display, which measures the ambient brightness and color temperature and adjusts the display to match. 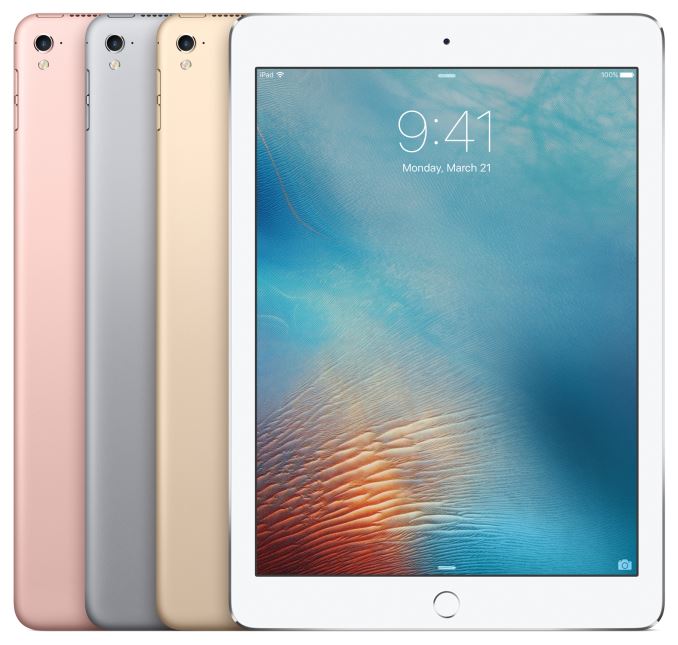 Something unique to the 9.7" iPad Pro is its camera. The 12.9" iPad Pro uses the same camera and lens stack from the iPad Air 2, which consists of an 8MP sensor with 1.1 micron pixels and a f/2.4 aperture. The 9.7" iPad Pro comes with a 12MP PDAF sensor, which may be the same as the one used on the iPhone 6s. Whether it is or isn't, it will provide a substantial upgrade over the camera shipping in the iPad Air 2 and iPad Pro, as those sensors are already a step behind the larger 8MP sensor used in the iPhone 6. The 12MP sensor enables 4K recording as well.

In all other respects, the 9.7" iPad Pro is the same as its larger sibling. It comes in 32GB, 128GB, and 256GB storage configurations, and unlike the 12.9" iPad Pro, Apple has LTE versions of all three configurations. It has the same 4 speaker configuration, and I'm interested to see how much space is taken internally by the speaking housing, as Apple is more constrained on space in the smaller chassis when balancing the battery capacity against speaker size. On the connectivity side we see that the WiFi is a 2x2 802.11ac implementation, along with Bluetooth 4.2 and Apple's smart connector for connecting accessories like the new smaller Smart Keyboard along with other keyboards that will be made by vendors like Logitech.

The 9.7" iPad Pro will be shipping on March 31. It comes in Rose Gold, which is unique to it among the iPads. It starts at $599 for the 32GB WiFi model, topping out at $899 for 256GB WiFi and $1029 for 256GB LTE. The Smart Keyboard is priced at $149, $20 less than the version for the larger iPad Pro. Meanwhile the Apple Pencil hasn't changed at all, so it's still an additional $99. With the iPad Air 2 starting at $399 for 16GB, the increased storage, accessory compatibility, improved display, and greatly improved performance of the iPad Pro 9.7" is definitely tempting, although if you aren't going to be using Apple Pencil you definitely have to consider if the $200 is worth it for you.