We're in the depths of the East End of London for the next Honor smartphone launch. With Honor recently releasing the Honor 9 Lite in China and India, a similar equivalent is expected for the rest of the world. The event starts at 10:30am UK / UTC, so we'll start the Live Blog then. 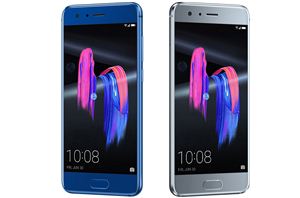 A couple of weeks back at an event in China, Huawei’s Honor sub-brand announced their flagship smartphone for 2017: the Honor 9. Following in the footsteps of the Honor...