On the software side, we continue to see usage of Huawei's Android skin, EmotionUI 3.1. We've had a more in-depth look into EmotionUI in our review of the Huawei P8. As the Mate S comes out only a few months after the P8, we see little to no changes in terms of user-interface as both devices run the same software version. 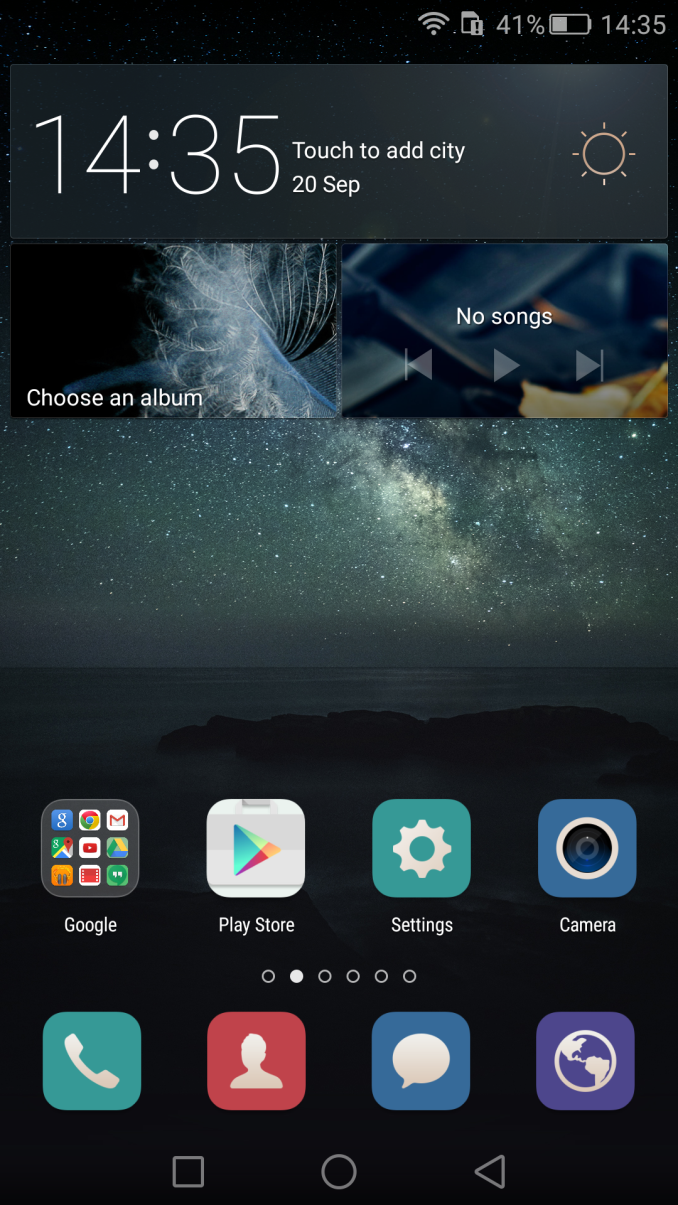 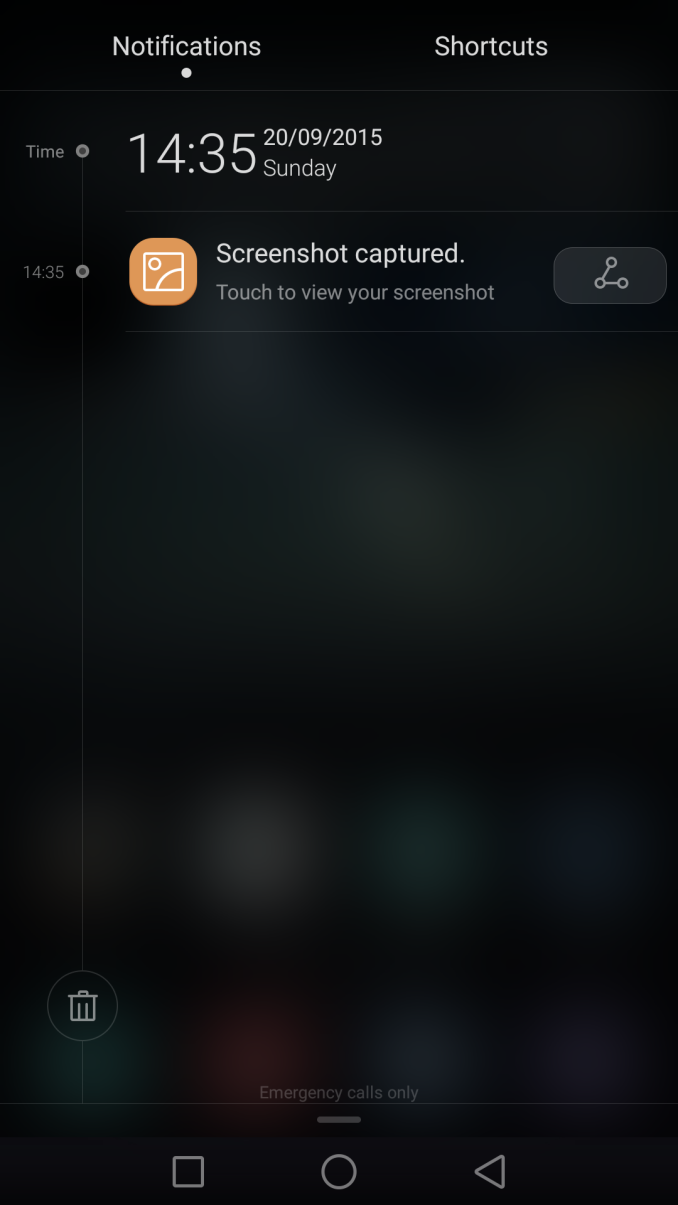 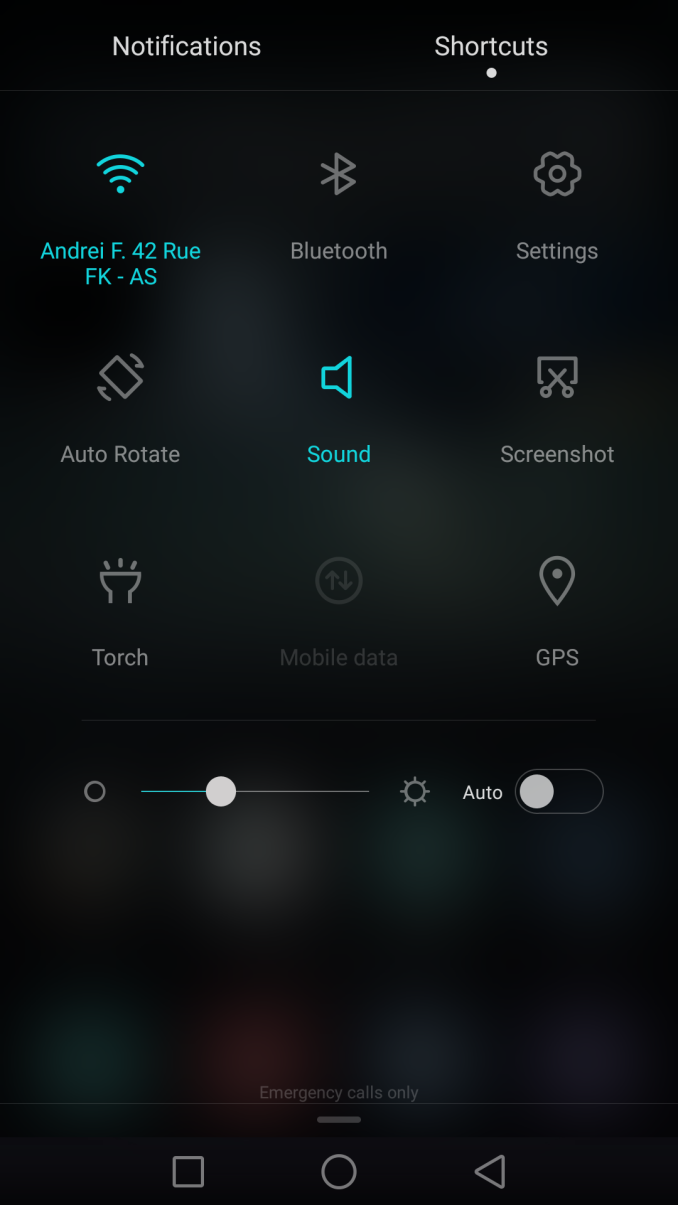 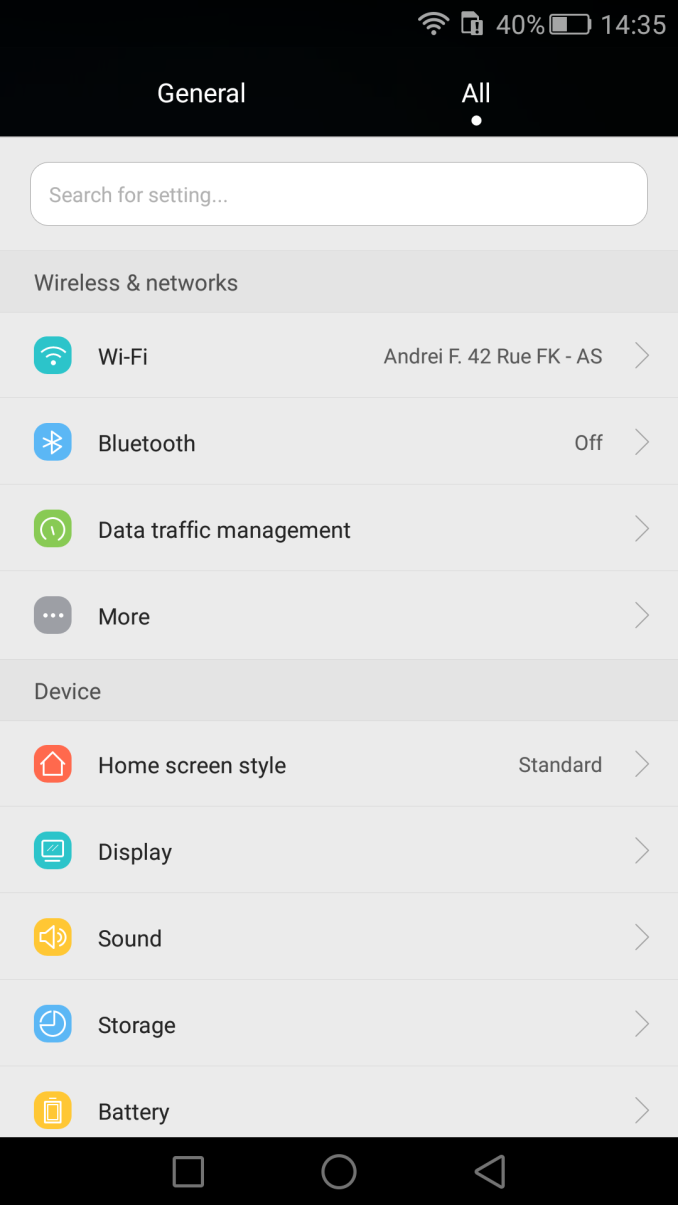 In terms of design, I didn't mind that Huawei didn't introduce any major updates to the UI. I personally like EmotionUI's design language and I'm especially fond the black-accentuated version that comes with the P8 and Mate S. Unfortunately the lack of any update in the UI also means that the Mate S comes with some of the same negative shortcomings that I critiqued on the P8, such as the very unpractical paginated task-switcher interface or Huawei's odd handling of application memory management and its aggressive task-killer. 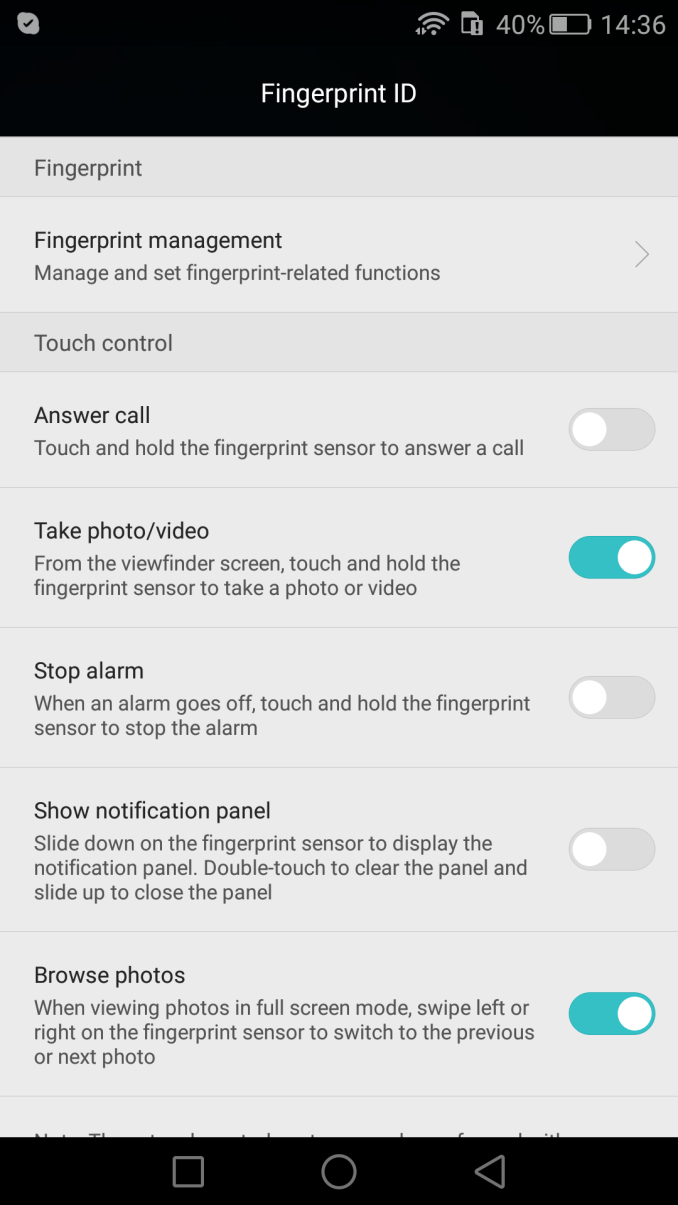 Where the Mate S differs from the P8 is of course the inclusion of the finger-print sensor. The Mate 7 was one of the first Android devices to introduce a non-swipe fingerprint reader and the Mate S' fingerprint reader improves on its predecessor by increasing both the speed and accuracy of the scanning, making it one of among the best implementations out there.

Huawei takes advantage of the fingerprint reader in ways that larger vendors such as Apple and Samsung fail to do: It actively uses the fingerprint scanner as a capacitive button / track pad that recognizes touches as well as swipes. A useful feature that seems very natural to use is the dropping-down of the notification shade when you swipe down on the fingerprint-reader. Another function is the possibility to navigate between images in the stock gallery by swiping left or right on the scanner.

Since the Mate S comes with the same Kirin 93X chipset as the P8, we're not expecting any breakthrough performance of the new flagship. The Mali T628MP4 in the Kirin 935 runs at the same 680MHz speed that we've seen it running in the Kirin 930, and we have the same 800MHz LPDDR3 memory on board the Mate S. 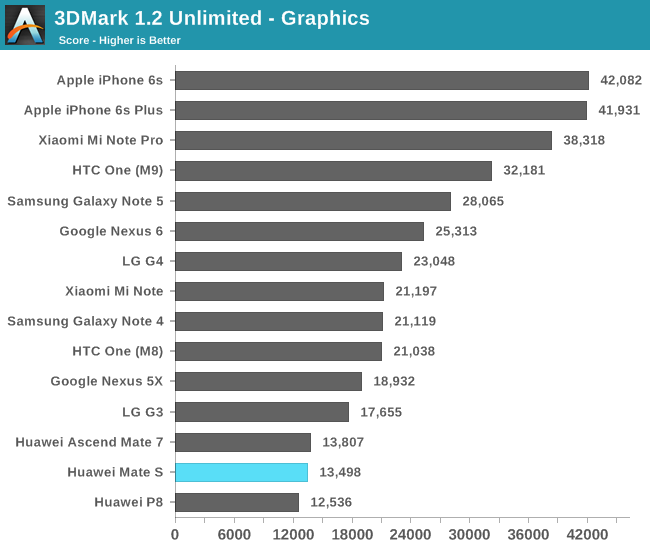 Starting with the 3DMark Unlimited graphics score, we see the Mate S perform slightly better than the P8. This might be due to the increased CPU frequency or a side-effect of the newer r5p1 over r5p0 drivers on the Mate S. 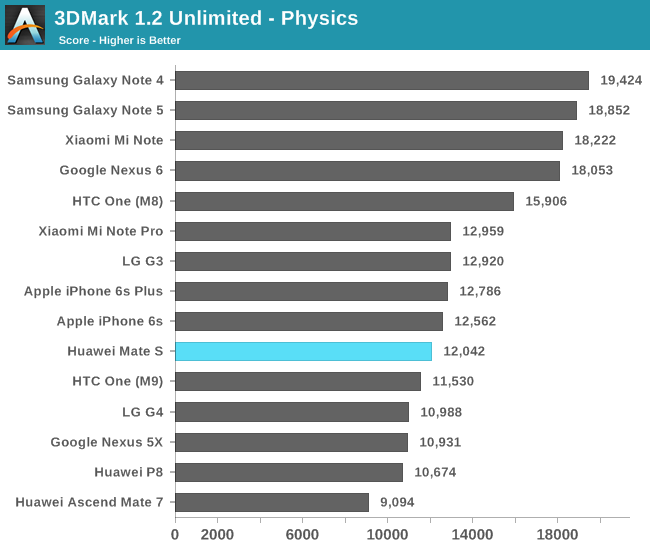 The physics test in 3DMark is mostly a CPU test and here we see results as expected with the increased CPU frequency bringing in about 12% improvement when compared to the P8. Unfortunately the little A53 cores can't keep up with the more powerful CPU architectures found in other devices in our list. 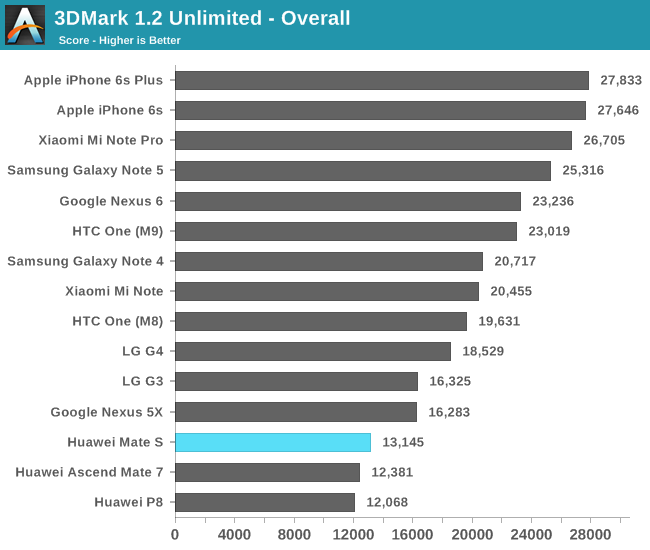 Because of the weak GPU, the Mate S again finds itself among the worstp performing devices, next to the P8 and last year's Mate 7. 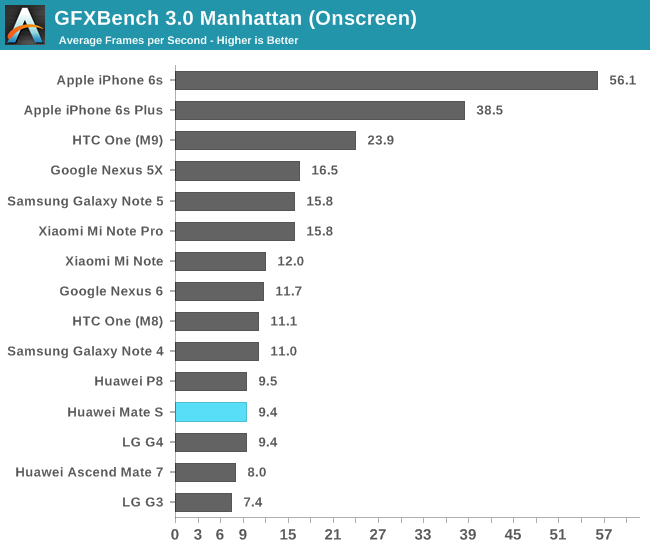 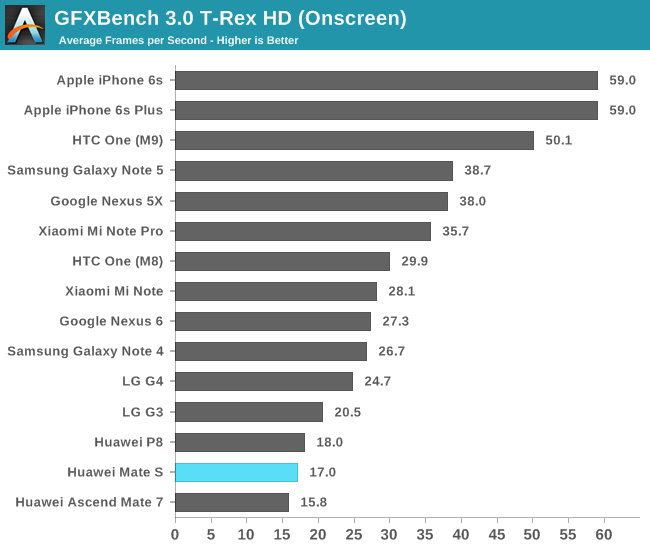 Moving onto GFXBench, we see a similar picture as the Mate S ends up among the worst performing high-end devices released in the last 18 months. 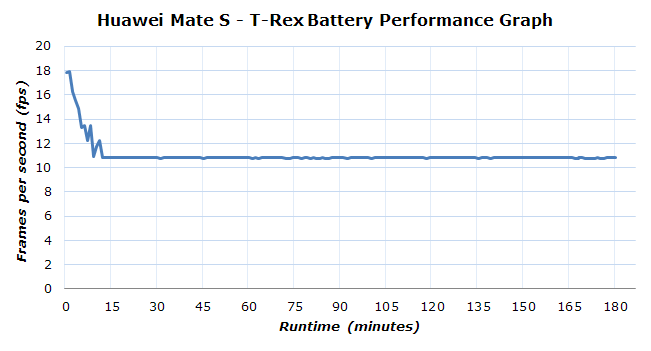 In the review of the P8, I complained about the throttling behaviour of the Kirin 930 and unfortunately that's again something that the Mate S adopts. It seems the Mate S has only slightly better thermal characteristics as the device sits tight at 11fps for the whole duration of the battery rundown after reaching its maximum throttling level.

Our review device came in with a 32GB SanDisk eMMC NAND module. On Android devices we test NAND performance by using AndroBench. To test sequential reads and writes, we use 256KB buffers executed on a single thread. 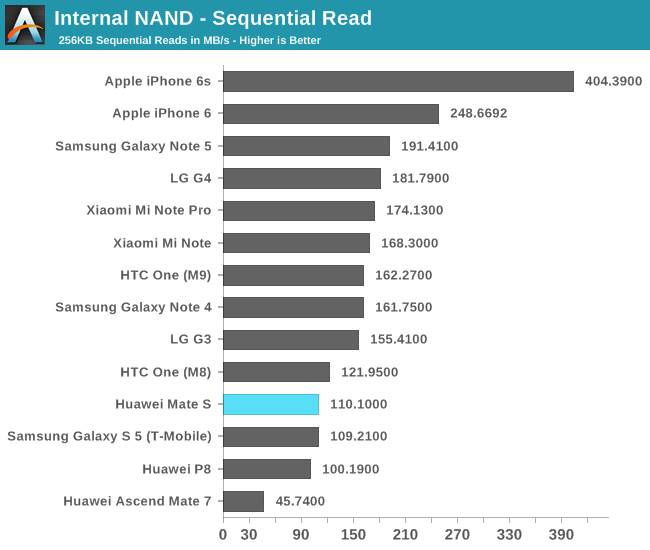 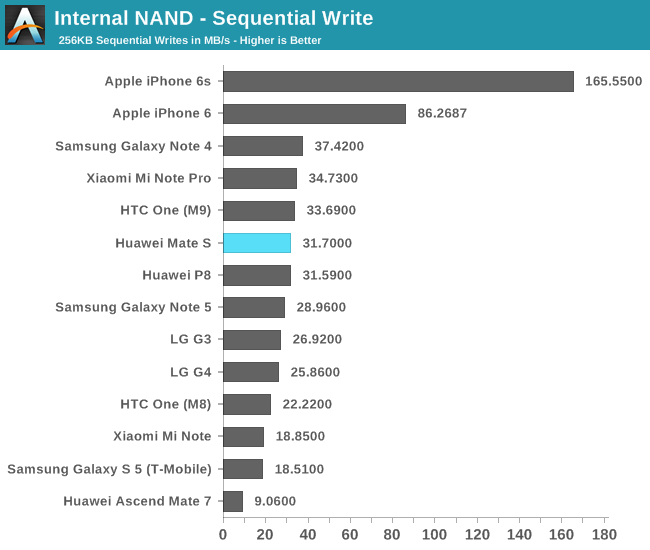 The NAND on the Mate S seems to be a slight improvement on the one found on the P8. The read and write speeds are acceptable but unfortunately also nothing to write home about. It seems the Mate S employs a similar eMMC chipset as the P8 as the results fall within the same performance region.