The Backup Plus Portable 4TB drive came pre-formatted in NTFS. The root folder also had setup files that opened up the default browser for registering the device / downloading the value-add software (Lyve / Seagate Dashboard). Mac users can also download a NTFS driver for their system, making the unit truly portable across multiple operating systems.

In order to evaluate the DAS aspect of the Backup Plus Portable, we utilized the testbed outlined in the table below to test the performance. One of the USB 3.0 ports hanging off the PCH was used to connect the unit.

The full details of the reasoning behind choosing the above build components can be found here.

Our testing methodology for DAS units takes into consideration the usual use-case for such devices. The most common usage scenario is transfer of large amounts of photos and videos to and from the unit. The minor usage scenario is importing files directly off the DAS into a multimedia editing program such as Adobe Photoshop. Prior to taking a look at the real-life benchmarks, we first check what ATTO and CrystalDiskMark have to report for the Backup Plus Portable 4TB drive. 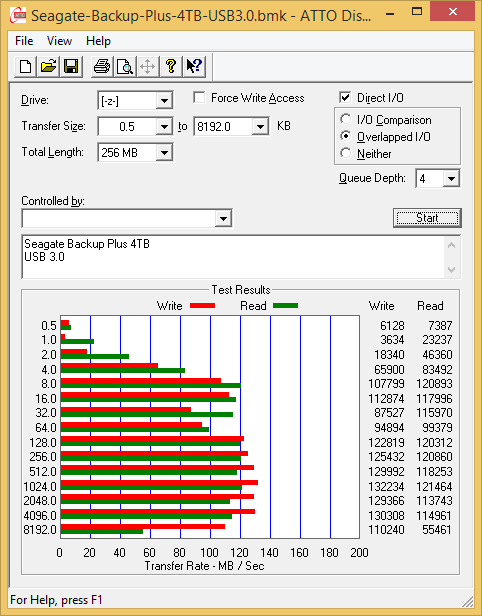 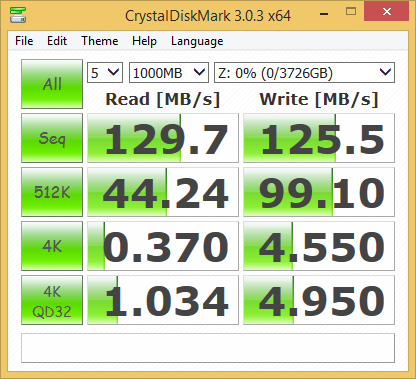 In order to tackle the first real-life use-case, we created three test folders with the following characteristics:

The above benchmark run was also instrumented to record the drive temperature as well as instantaneous transfer rates during the process. The internal disk temperature was only slightly more than 40 C even after more than 127 GB of writes and 127 GB of reads continuously. 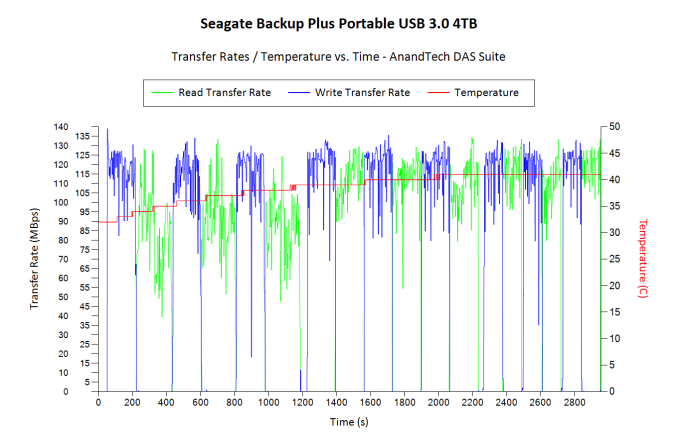 Usually, PC Mark 8 reports time to complete the trace, but the detailed log report has the read and write bandwidth figures which we present in our performance graphs. Note that the bandwidth number reported in the results don't involve idle time compression. Results might appear low, but that is part of the workload characteristic. This is not the intended use-case for portable hard drives, but the results are just presented here for the sake of completeness

In the next section, we will take a look at the value-add features and provide some concluding remarks.