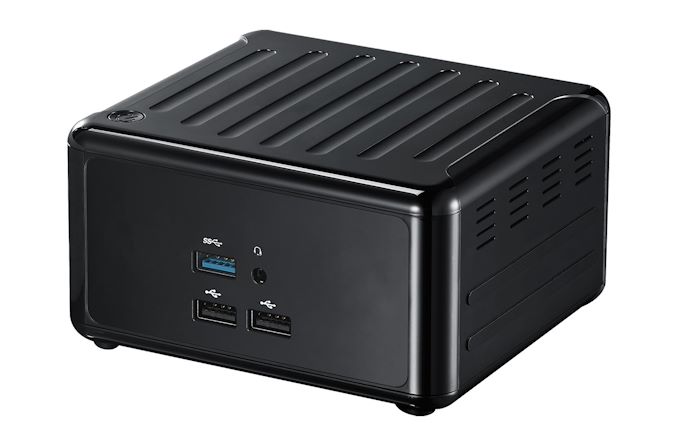 The miniaturization trend triggered by the ultra-compact form factor NUCs from Intel has emerged as a key driver in the growth of the PC market. Processor power efficiency is of paramount importance in this space, and AMD had been caught napping when the NUCs began to take flight. The introduction of the Zen microarchitecture in the Ryzen processors has scripted a remarkable turnaround for AMD. With leading core counts, the Ryzen processors have taken the HEDT market by storm. UCFF PC manufacturers, however, opted to play the wait and watch game, and it took a while before the embedded SoC versions of the first-generation Ryzens started appearing in the PC market. Last year, ASRock Industrial introduced one of the first Ryzen UCFF systems in the form of the 4X4 BOX-V1000M. This review attempts to figure out how the unit fares against the entrenched incumbents.

Small form-factor (SFF) PCs and gaming systems have represented the bulk of the growing segment in the PC market over the last few years. Intel's NUC line-up has enjoyed unprecedented success. Despite the introduction of notebook processors using the first-generation Zen microarchitecture, AMD's power efficiency was not good enough for vendors (and even AMD themselves) to make a dent in Intel's success in the NUC space. The equation changed slightly with the launch of the AMD Ryzen Embedded processors in early 2018. Starting as a trickle with a mini-STX board from with Sapphire, the uptake of the Ryzen Embedded series became a veritable deluge late last year with UCFF systems from ASRock Industrial, EEPD, OnLogic, and SimplyNUC.

ASRock Industrial has been at the forefront of AMD-based UCFF PCs, being one of the first to bring out UCFF systems based on the Ryzen Embedded APUs in mid-2019. In fact, their boards have been adopted by vendors such as OnLogic in their ML100G-40 systems. The company offers three different 4X4 BOX configurations - the dual-core R1505G and R1606G variants in the R1000M and R1000V, and the flagship quad-core V1605B-based V1000M. The last of the three is the one we are looking at today.

The 4X4 BOX-V1000M is ASRock Industrial's flagship AMD Ryzen Embedded offering with a 104mm x 102mm main-board housed in a 110mm x 118.5mm x 67.3mm plastic chassis. The system matches the Intel NUCs in the footprint department. The board comes with a soldered processor - the V1605B belonging to the AMD Ryzen Embedded V-Series. It is a quad-core processor with SMT enabled (4C/8T). It can operate with a TDP configurable between 12W and 25W. 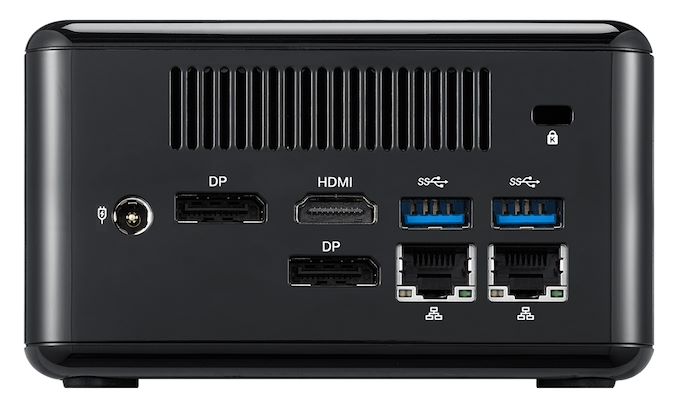 Switching to peripherals and networking, the board's WLAN component is M.2 card - the Intel AC3168. The system is otherwise barebones, providing with the flexibility to choose their own storage device and RAM. For best performance, a PCIe 3.0 x4 NVMe SSD can be used, and DDR4-2400 SODIMMs are supported. However, it must be noted that the system does NOT support M.2 2280 SSDs. Only M.2 2242 and 2260 Key M SSDs (both SATA and NVMe) are supported. We installed a Transcend MTS600 SATA SSD (one of the few M.2 2260 SSDs that we had access to during our testing process) along with vanilla DDR4 SODIMMs from the Team Group brand.

The specifications of our ASRock 4X4 BOX-V1000M review configuration are summarized in the table below.

The ASRock Industrial 4X4 BOX-V1000M kit doesn't come with any pre-installed OS, but does come with a CD containing the drivers. In any case, we ended up installing the latest drivers downloaded off the product support page. In addition to the main unit, the other components of the package include a 96 W (12V @ 8A) adapter, a US power cord, a VESA mount (along with the necessary screws), a M.2 SSD heat-sink, a driver CD, user's manual and a quick-start guide. 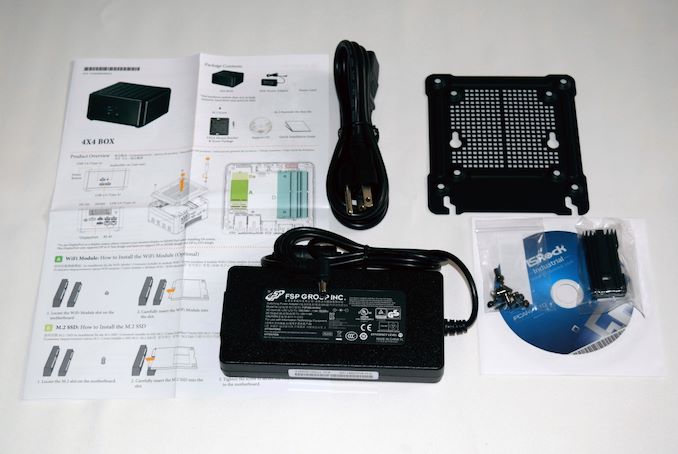 The gallery below takes us around the hardware in the main unit.

In the table below, we have an overview of the various systems that we are comparing the ASRock 4X4 BOX-V1000M against. Note that they may not belong to the same market segment. The relevant configuration details of the machines are provided so that readers have an understanding of why some benchmark numbers are skewed for or against the ASRock 4X4 BOX-V1000M when we come to those sections.