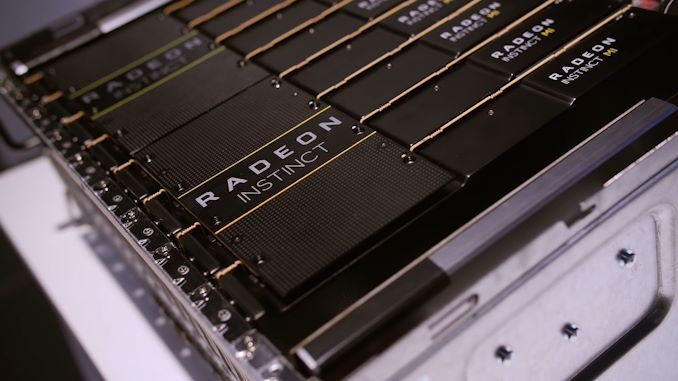 When things aren’t blowing up or burning down as of late, there’s still the matter of the ongoing COVID-19 pandemic. While the first generation of vaccines move carefully closer to approval, there’s still a lot of research left to be done, and various technology industry companies and consortiums have been stepping up to provide computing resources for those efforts. One such participant has been AMD, whom in June announced that the company would be donating 7 petaflops of high-performance computing systems, and now this morning is announcing that they are preparing for a second round of awards, which will entail a further 5 petaflops of hardware.

As with AMD’s previous efforts, the second round of donations from the company’s COVID-19 HPC fund will see the company awarding AMD-powered systems to various research institutions. The hardware includes systems based on AMD’s EPYC “Rome” processors, which fittingly are being paired with AMD’s Radeon Instinct MI50 accelerators. According to the company, recipients can either take direct delivery of the hardware, or receive access to datacenter-hosted hardware courtesy of Penguin Computing.

Overall, 21 research institutions have or are now set to receive computing hardware under the program, including Cambridge University and Stanford School of Medicine. The new hardware for these institutions is expected to be operational by the start of Q4, at which point it will be used for “genomics, vaccine development, transmission science and modeling.”